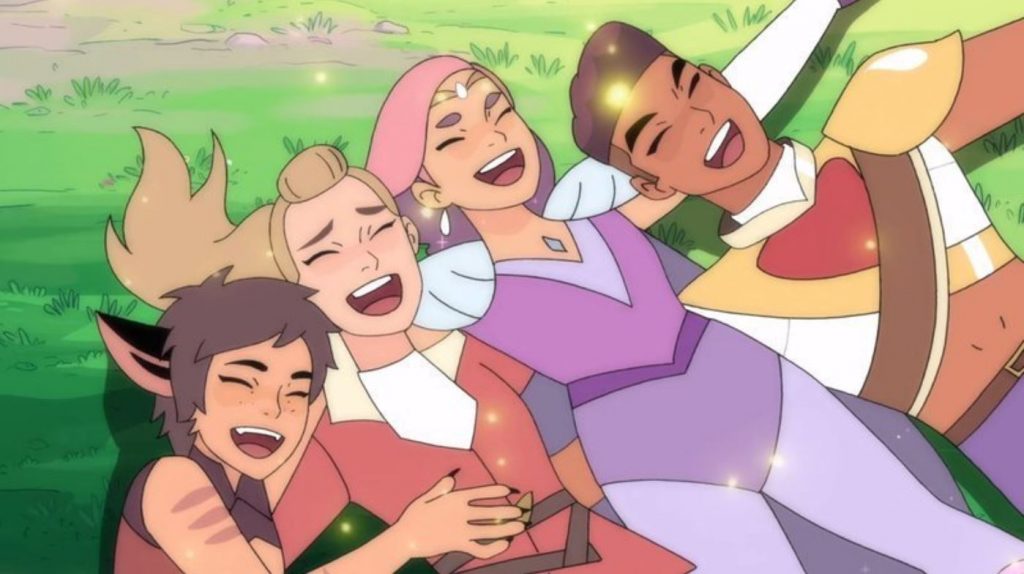 Ok so maybe I exaggerated a little bit on the title. But since the petition to create a movie has come out it has almost hit its goal of 1,500 signatures. And a lot of the fans really would like to see a new “She-Ra” film based off of the Netflix cartoon.

Because yeah I did not get enough Catra and Adora last time around. The petition is aimed at Netflix, with the blessing of series creator Noelle Stevenson, who has said before that she would be willing to make a movie when the time was right. And fans are trying to let her know that the time is now!

The petition is pretty straight forward. It states:

She-Ra and The Princess of Power recently ended but we as fans would still like to see more (as long as Noelle is okay with it). Furthermore, on Instagram live with glaad Noelle Stevenson has mentioned she would be fine with a movie at the right time and getting the funding needed. So this petition is kinda to show that we fans would support a movie. This show has impacted us and made us feel better in multiple types of ways so we would all love a movie.

Why is a film a good idea? [Spoilers if you haven’t finished watching “She-Ra” on Netflix!]

Honestly if you love to watch slice of life anime like me you’re probably itching to see more of their everyday shenanigans. Plus Catra and Adora JUST finally just got together. Like we just saw Catra grow so much that I personally would love to see how she adapts to life on the good side. Not that there is a bad side to go back to anymore.

Glimmer and Bow also are a couple now officially. And now they have time to spend together without worrying about the impending doom of Etheria. So yeah it would be really nice to see them all adjust to not having to worry or panic about something that’s going to blow up the planet.

The princesses also have tons of story that can be developed because though the show ended it ended with so many possibilities going forward. You could show how the planet healed or how the princesses started ruling together instead of always combating each other. Or really it’s not that they were fighting with one another more than they were unsure about what they were doing in the first place.

I for one would watch the movie on repeat especially if it was a one off. Because when you go back to watch the show there’s so much plot that sure you can have a favorite episode, but unless you already know what’s going on or have a fantastic memory you may have to re-watch the whole thing over.

A movie about after the Horde was defeated could act as a feel good movie with no real drama except for the princesses and the newly established couples working towards a better Etheria. A movie about life on Etheria during a time of true peace.

If you want to sign the petition you can do so by following the link here.

Thank you for listening to my rant about She-Ra. If you’d like to know exactly how much I love Catra you can also check out my review of the third and final season 3 here.