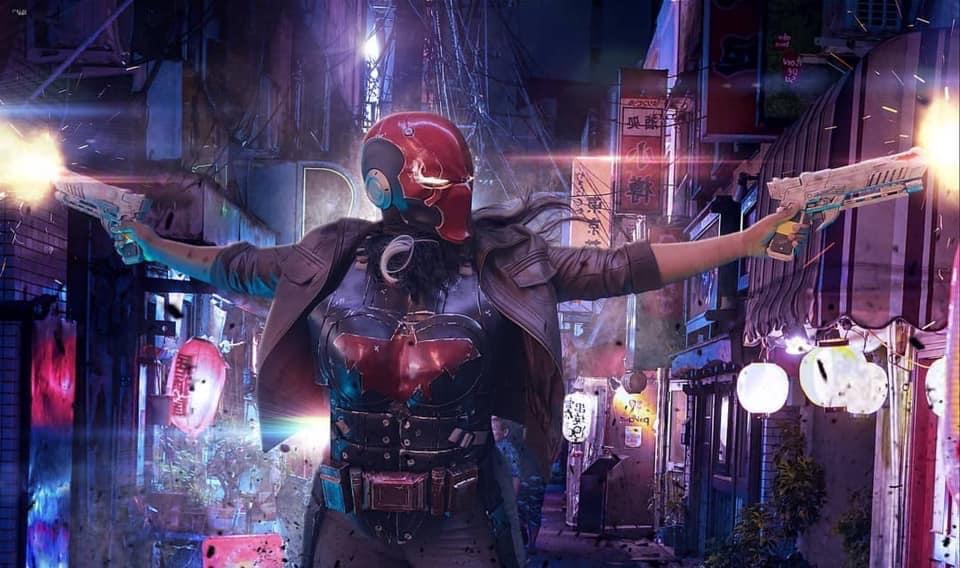 When you become a parent things can change you. For this mom, it helped her become a stronger mother and person for her kids. Meet Amber also known as “Pumadoescosplay”.

My name is Amber Martin. I’m a 32 year old mother of 2 in Los Angeles, CA and I’m a model, Hair and Makeup Artist (HMUA), and cosplayer.

What made you start cosplaying? And how long have you been into it?

I initially got into cosplay as a way to help combat my social anxiety and to try and feel more comfortable around groups of people. I had friends who went to [conventions] and cosplayed and it always looked really fun. When I saw how much cosplay could be used for charity I knew it was something I wanted to do.

What is your favorite material to work with?

I would say my favorite material to work with is repurposed clothing. Thrift stores are a wonderful resource for cheap items that can be used for cosplays. It really takes a lot of stress out of the process when you can find items already made that can be used for a different purpose.

How do you go about getting into character? What’s the process you go through?

When I choose a new cosplay I usually try to pick a character I can relate to in some way or a character I look up to. Then I try to do a version that maybe you don’t see as often. Just so I don’t blend into the crowd of other similar cosplays. I will pick a version from a specific movie or comic or sometimes create a new version from what I know about the character. I really like my cosplays standing out, being unique and memorable.

I follow a lot of fandoms. Some I have for a long time and some I haven’t known much about until recently. It wasn’t until recently that I finally watched the Harry Potter series. I loved it! It’s probably one of my favorite fandoms now and I love to cosplay all of the houses even though I’m a Gryffindor at heart.

I have experienced numerous challenges as a black cosplayer, the main ones being; racism and colorism, and feeling alienated and inadequate. I get a lot of rude comments on social media in regards to the color of my skin compared to the characters I cosplay. I actually didn’t cosplay sooner due to this fact, but eventually I grew tougher skin and got over it. It is also very discomforting knowing I am not often sought after to work [with] cosplay photographers, or organized group shoots unless they are in need of a black female to portray a black female character, or unless it’s the month of February and only get posted during black history month. I feel like POC cosplayers tend to have less followers and sponsor opportunities as their non POC counterparts due to exclusion and lack of exposure.

When I started cosplaying I chose my favorite black comic character, Storm. Soon I realized cosplaying is an art, and a form of expression, and that I could cosplay anyone I wanted. I stopped letting color or race determine my future cosplay plans. I also like doing gender bent cosplays since female cosplayers are oftentimes considered inadequate in comparison to their male peers, and are more often praised only for their alluring and sensual costumes. I try to frequently initiate collaborations for photo shoots, submit to be featured on social media platforms, and apply to be a guest at events all year long and don’t wait around for Black History Month to come around.

I really aspire to see more inclusion. I anticipate seeing more POC page models all year long, not just in February, and more POC models getting the same sponsorships and endorsements from the larger, more prominent brands like their non POC peers. I want to see more non POC people sharing and empowering the POC community, and I hope to see more POC headlining guests at conventions and events, so that they can have their work and images seen on a larger platform and that it becomes more of a normal occurrence. We are all in this together and we are all fighting the same fight to be accepted and treated equal.