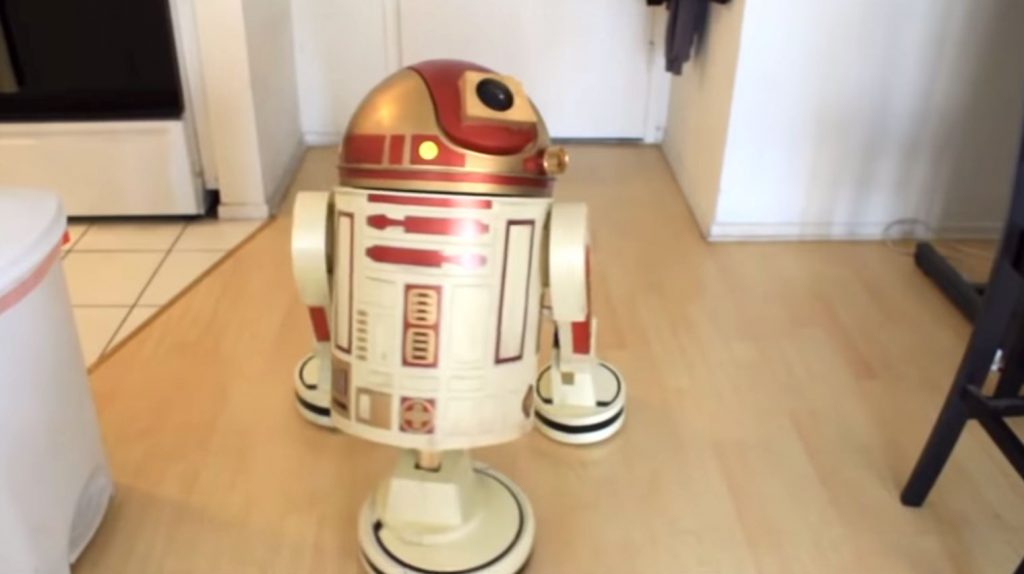 Introducing the R9-D9 Housekeeping Droid, The Chore Companion We Never Knew We Needed

Cleaning sucks. There I said it. No one wants to and those who do it for fun are crazy people. What I wouldn’t do to have my very own Rosie the Robot or Droid that would clean and keep me company. But now it looks like my dream is that much closer to becoming reality.

Because Matthew Scott Hunter on YouTube has created the perfect cleaning buddy. And he’s included the inspiration and shown us what he used to make it happen.

This R2 or R9 as he calls it was inspired by a droid shaped trash can in his garage. You know how sometimes the lights on the back of cars look like a face? Or when you stare at the patterns in your bathroom floor and they become shapes and then figures? Well he was able to look at his trash can and imagine a droid. And then the project started coming to fruition.

After realizing that he modified a few household items. He made the head out of a desk fan that oscillates and is now run on a portable battery. The sounds come from integrated Bluetooth speakers. And the legs are made from wood. He sat it all on a economically priced robot vacuum/mop and Voila! A fancy new droid friend that will keep you company while cleaning your home.

The best part is that while it has sensors and can move around on its own it can also be directed via remote control. And it knows when it’s running low on battery and will dock itself. The whole thing weighs about 14lbs so it’s light enough to transport. And while it may not be able to reach all the places a traditional robot cleaner would, it sure does have a lot of personality to make up for it.