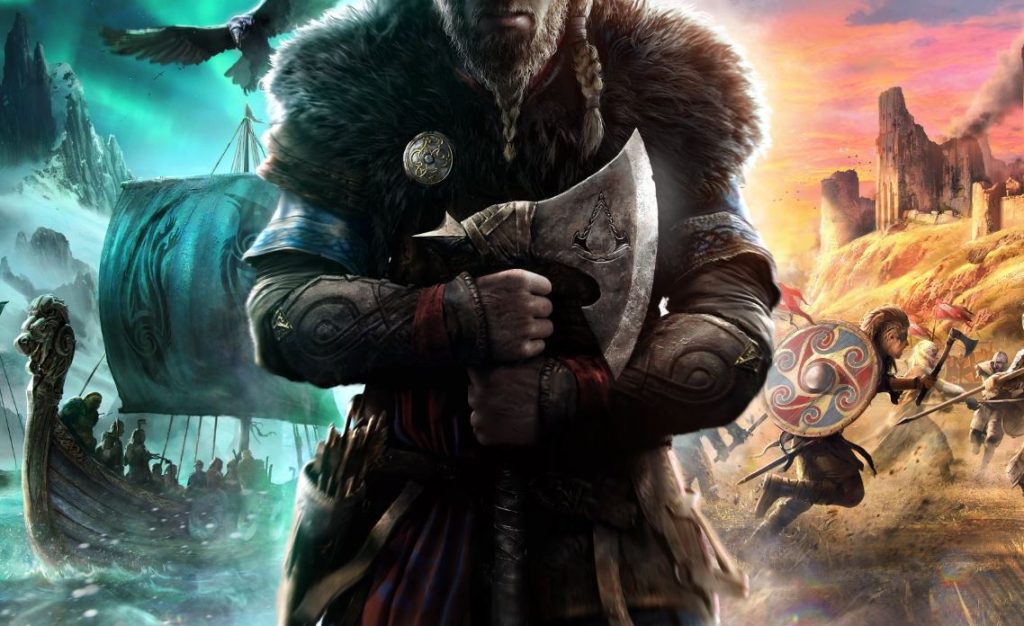 Today we got our first look at Ubisoft’s next “Assassin’s Creed” game. Boss Logic aka Kode Abdo tweeted an image he worked on with the gaming company. The image shows us that the next iteration of Assassin’s Creed will be a Viking story. We now know that the official title for the game will be Assassin’s Creed Valhalla.

Tomorrow morning at 8am Ubisoft will be showing the world premiere of the trailer for the game. They plan on divulging some if not all of the information we need to get us more excited for the game. Most likely we will get a cinematic trailer and possibly explanations of updated game play.

Bosslogic having made the art for this is pretty fantastic. He’s notorious for creating fan images of actors in roles that we would like to see them in. His work is nothing short of breathtaking. To be honest, I would buy this game just for the cover art.

There are rumors surrounding the game that should be cleared up in tomorrow’s live stream. Rumors like the female protagonist will be the main one, and other ones like they will be facing off against the gods such as Odin and Thor. No matter what we’re excited to see exactly what comes out of this game. And even more excited to play it.