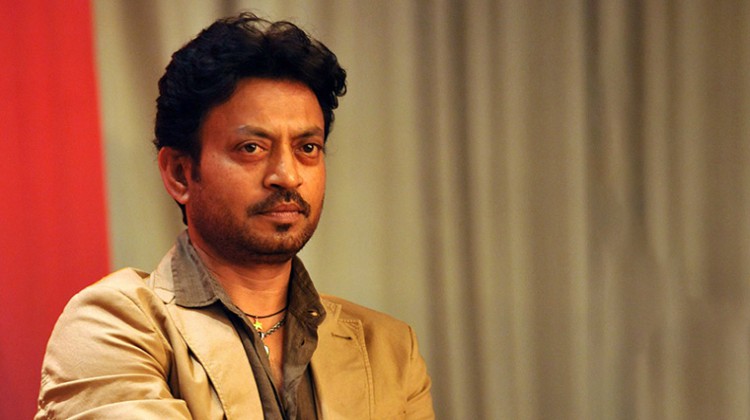 Irrfan Khan may not be a name familiar to the average American moviegoer, but internationally he is a superstar. A staple among the most elite of Bollywood stars and achieving the kind of recognition even some of the upper echelon of Hollywood don’t have. Irrfan Khan is known here in America for his supporting roles in Jurrassic World and The Amazing Spider-Man. The actor passed away Wednesday morning from a medical complication arising from colon infection. in March of 2018, he was diagnosed with a neuroendocrine tumor, an uncommon cancer type that can occur almost anywhere in the body.

His publicist helped break the news of his passing Wednesday Morning and stated, “…And a man of few words and an actor of silent expressions with his deep eyes and his memorable actions on screen. It’s saddening that this day, we have to bring forward the news of him passing away. Irrfan was a strong soul, someone who fought till the very end and always inspired everyone who came close to him. After having been struck by lightning in 2018 with the news of a rare cancer, he took life soon after as it came and he fought the many battles that came with it.”

In addition to Bollywood hits like Paan Singh Tomar, The LunchBox, and Piku, Khan remains one of the few to successfully crossover to American films, starring in critically acclaimed and award winning films like The Life of Pi and Slumdog Millionaire. Beloved by all who worked with him, Piku director tweeted, “My dear Irfaan. You fought and fought and fought. I will always be proud of you…we shall meet again.. condolences to Sutapa and Babil..you too fought, Sutapa you gave everything possible in this fight. Peace and Om shanti, Irfaan Khan salute.” Colin Trevorrow (Director of Jurassic World) tweeted, “Deeply sad to have lost #IrrfanKhan. A thoughtful man who found beauty in the world around him, even in pain. In our last correspondence, he asked me to remember ‘the wonderful aspects of our existence’ in darkest of days.”

In addition to an incredible legacy on the screen, Irrfan is survived by his wife Sutapa Sikdar, and their sons, Babil and Ayan. The world mourns an incredible actor who leaves behind a legacy memorable performances, one that will carry on in our hearts for years to come.