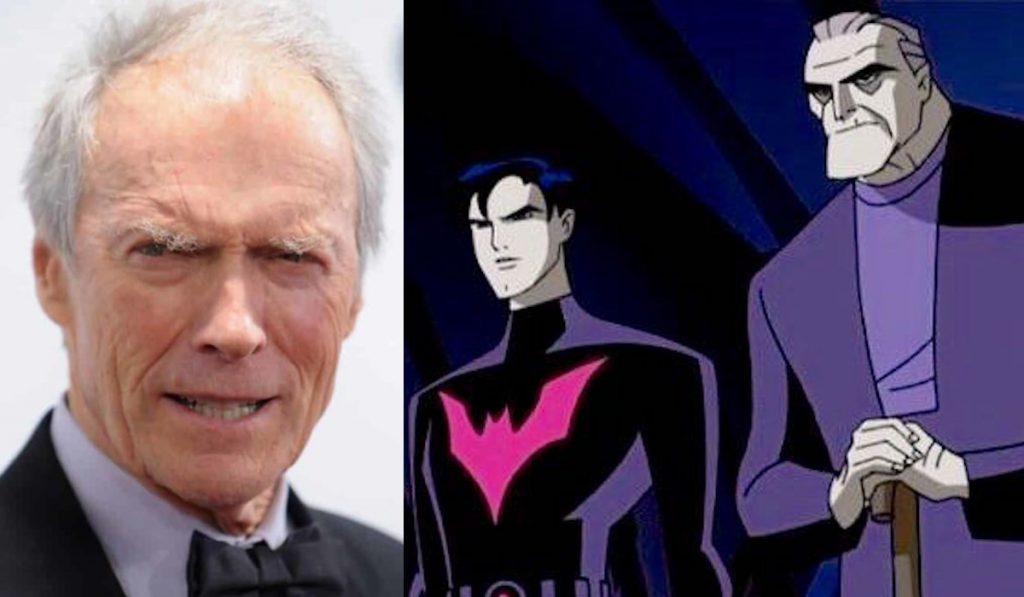 A Batman Beyond Movie Almost Happened with Clint Eastwood

Want to know what would have been really cool? A Batman Beyond movie with Clint Eastwood as Old Man Bruce. Paul Dini who created the show was also working on a movie for Warner Bros. back in the late 90’s early 00’s. And his pick for the old man was none other than Clint Eastwood.

It was talked about on Kevin Smith’s Fatman Beyond podcast which I still refer to as Fatman on Batman because hey, I’ve been listening to this since it started and I have a problem with change. Anyway, Paul Dini was talking about a scrapped movie idea that he was working on which would have had a live action Batman Beyond grace our screens. It has been wished and talked about but this is the closest we’ve gotten to some kind of confirmation that it was in fact in the works.

Also working on the film would have been Boaz Yakin (Remember The Titans) who was on board to direct and co-write, alongside Alan Burnett, who co-created the show with Dini. The reason that this idea was probably scrapped is because back in 2000 they were about three years off from the disappointment that was Batman & Robin. Even though Batman Beyond was a hit with television fans they probably couldn’t see it as a feature film. Which is beyond me.. no pun intended.

The other very popular idea is since it is set in the future to have Michael Keaton come back and play old man Bruce. Which would also make a lot of sense because he’s not only a fan favorite but has a history with Batman.

Batman Beyond went on to have three seasons which if you want to know where to watch it, is on DC Universe. You can thank me later.