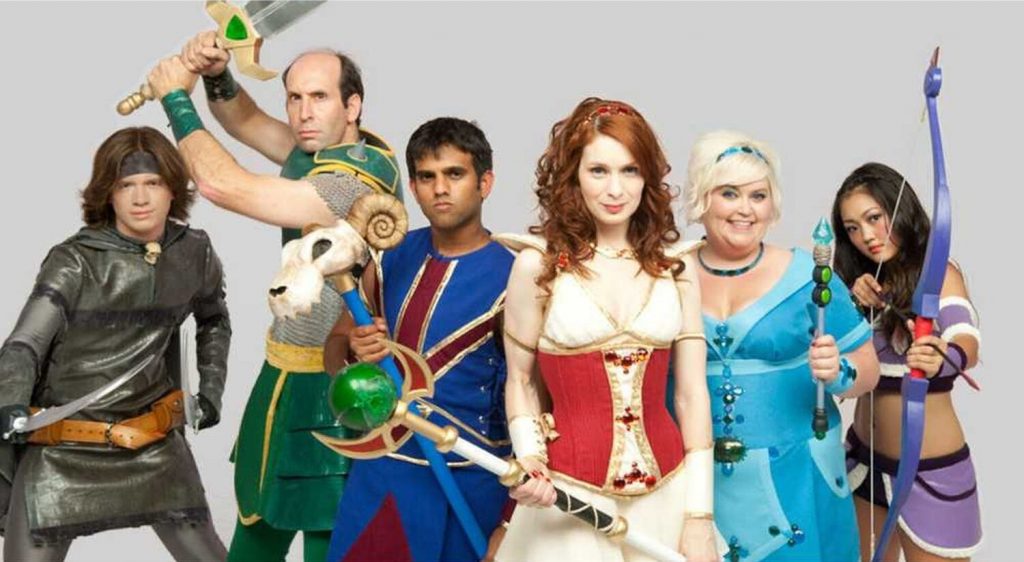 THE GUILD Will Be Playing D&D for Charity This Week

Does anyone even remember The Guild? I do, I used to be obsessed with the comedy web series that starred my favorite red head, Felicia Day. Amy Okuda, Sandeep Parikh, Robin Thorsen, Vincent Caso, and Jeff Lewis were all also included in the cast and I enjoyed each of their roles individually.

For those unfamilair with the show, it follows a group of MMO gamers who are all in a local guild with one another. Things get very interesting when they all meet and they go through a series of adventures as hilarity ensues. While the rest of us had to watch it as it came out via Youtube, you can watch the whole collection on Netflix right now!

Well, this Thursday, April 16, from 7-10 PM PST, the cast will be playing Dungeons & Dragons to support No Kid Hungry.

This charity game will have Amy Vorpahl serving as the Dungeon Master, and it’s sure to be a fantastic time. You’ll be able to watch the show over on Day’s Twitch channel, and not only are we in for some fantastic entertainment, but we’ll be able to support a great charity.

I am personally excited for this reunion for a good cause! I wonder what everybody is up to since the series has long been over. Let us know what you think in the comments!

Check out this music video if you haven’t already. Its a nice way to get addicted to “The Guild”.