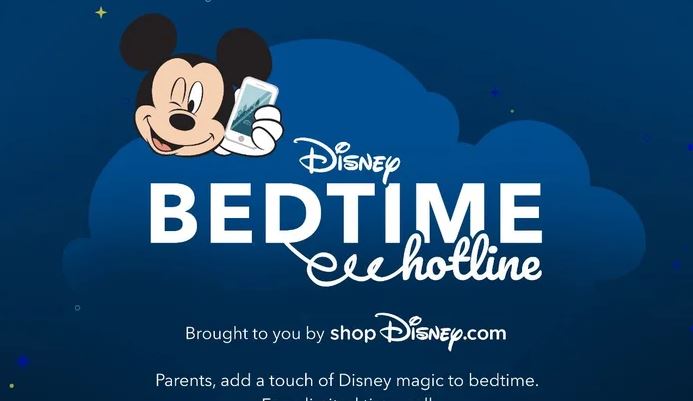 Disney’s Bedtime Hotline Back for a Limited Time

If you are like many of the parents out there who now have kids home 24/7 with no kind of set schedule this may come as some comfort. Luckily when I was raising a toddler I had this number handy and you know what? It kind of worked. She was able to call in and say goodnight to her favorite Disney characters and knowing that they were going to bed allowed her to get to sleep peacefully. But somewhere between then and now the hotline I would call discontinued. The great news is that 1-877-7-MICKEY is back and now parents can once again persuade their kids to go the heck to sleep!

Last time, there were Star Wars, Marvel, and Pixar characters involved. This time it’s all classic Disney Animation original characters. Kids can get messages from Mickey Mouse, Minnie Mouse, Donald Duck, Daisy Duck, or Goofy. Which is actually perfect because really the only age group that is going to fall for this trick is ages 2-4. And they should all be watching Mickey Mouse Clubhouse or Roadster Racers which feature the classic characters we see included here.

This will be going on until April 30th so call now if you want to relive some of the night time magic of a character goodnight. And maybe try and record it so you can have them for later at your disposal.