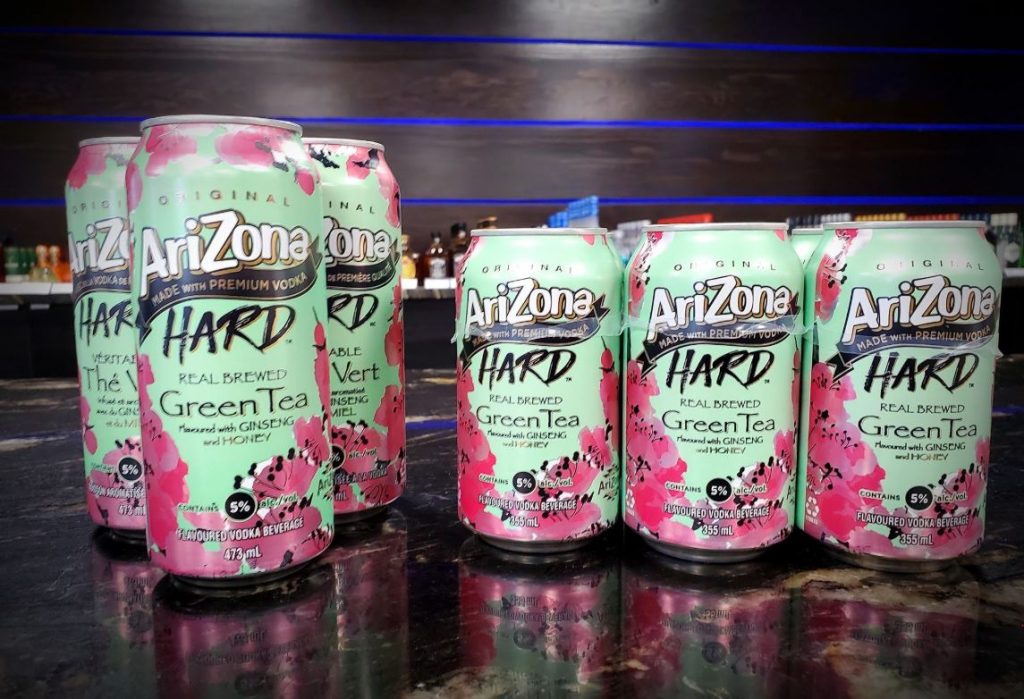 Arizona has always been a brand synonymous with value. I mean you get such a large can for just 99 cents! And it tastes great too. Now fans of the drink have even more to look forward to as Arizona Tea has just confirmed their new line of drinks, Real Brewed Green Tea “Hard Tea”. They are also coming out with Tall cans with premium Vodka.

Unfotunately even though they confirmed the rumor that this was coming out we’re not yet sure when it will hit the states. Currently it is only selling in Canada but hopefully that means it will start trickling in very soon.

This is Arizona’s first attempt at an alcoholic beverage. Twisted tea would be its direct competitor. Given Arizona’s reputation, they probably just waited until they had a product that was good enough to put out. So this should taste amazing and give you a great buzz. Stay tuned for when it launches in the U.S!