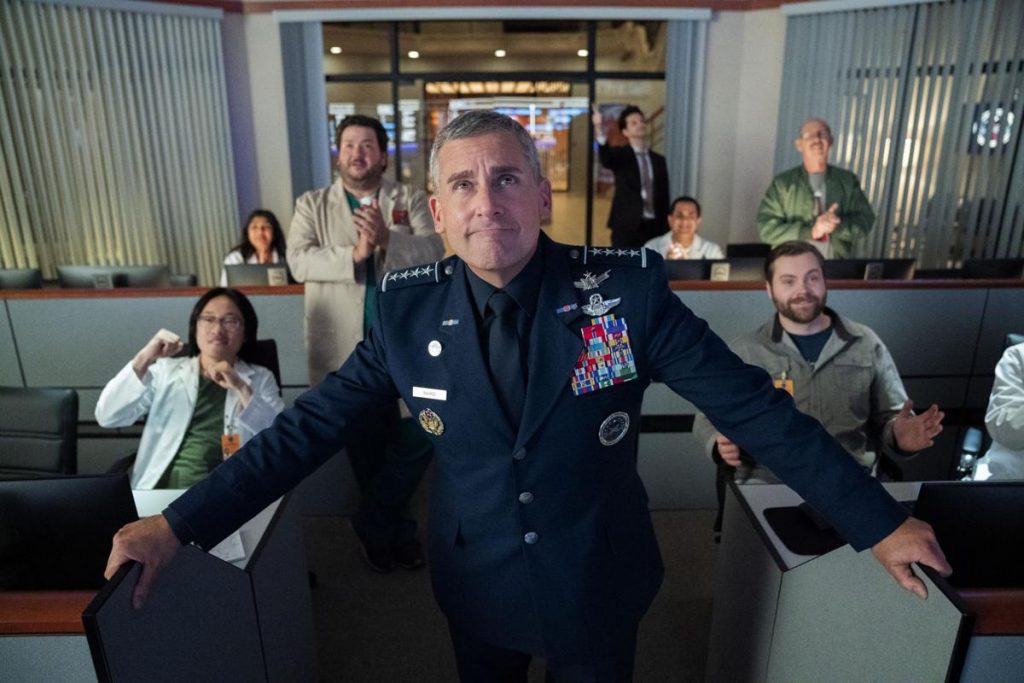 Fortunately not everything is being postponed. When it comes to Steve Carell’s Space Force which had already completed filming by the time COVID-19 entered the scene we still have something to look forward to. The show will premiere on Netflix May 29th, which is only a little over a month away at this point.

The show was inspired by a defense policy bill that was signed by Congress that redesignated Air Force Space Command in Colorado Springs as the Space Force, a new armed-service branch responsible for America’s military efforts in space and defense of satellites.

It will follow Mark R. Naird, a decorated pilot, is thrown for a loop when he finds himself tapped to lead the newly formed sixth branch of the U.S. military. He uproots his family and moves to a remote base in Colorado where he and a colorful team of scientists are tasked by the White House with achieving total space dominance. Playing Naird will of course be Steve Carell.

Also part of the cast is Lisa Kudrow who will be playing Naird’s wife. Her story is that she has suppressed parts of herself in order to support her husbands military career.

With Steve Carell and Lisa Kudrow you couldn’t help but be excited for this new series. Hopefully it will give us all a good laugh which we could really use right now.