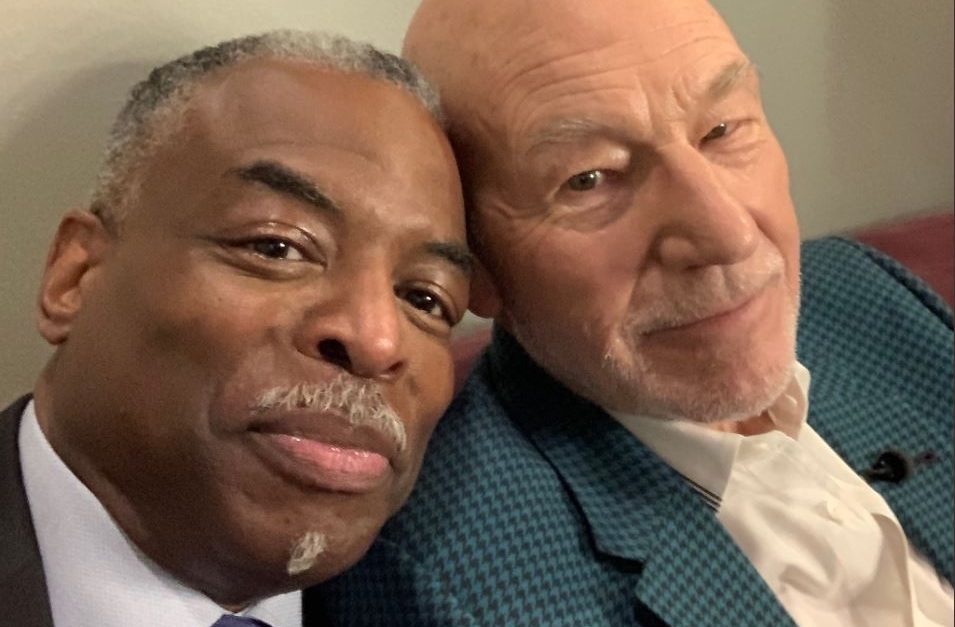 We recently got a reunion photo of Geordi La Forge and Picard and it’s one of the most wholesome things we’ve seen lately. Amidst all the coronavirus news there hasn’t been much in the way of good news. But just two days ago LeVar Burton posted on twitter an image that gave us all hope for the future. Captioning it “These are the moments that I live for… #bydhttmwfi.” #bydhttmwfi meaning “But you don’t have to take my word for it.” They were together for a reunion on set of Picard when the photo was taken.

This photo doesn’t mean that we should expect to see him anywhere in the first season of Picard however. It was stated in a previous interview that if the characters didn’t organically fit into the script they would not be returning. Two of those characters happened to be Geordi La Forge and Worf. Also Guinan, but we know for a fact that she is coming for season two. Especially after Patrick Stewart formally invited her on her talk show.

As the first season is coming to an end we are going to be seeing where they take this into season two. While other Star Trek shows are being made such as another season of Discovery and Lower Decks which will be a comedy about what happens in engineering, we are excited to see where CBS will take the shows and the future of Star Trek.