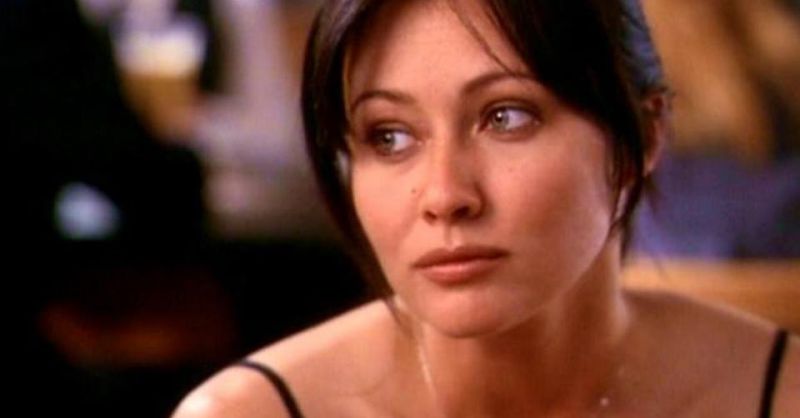 Shannen Doherty who is only 48 years old has revealed today while on Good Morning America that she has stage 4 breast cancer. She wanted to get the news of it out before it was divulged to the public in a court case that she is pursuing. They state that she has stage four cancer in her case against State Farm where she is trying to get money she thinks is owed to her. When her home was in the wildfire last year she was awarded 1.1 million dollars but she claims she is owed more.

She says that she found out the cancer was back after an all clear a bit before Luke Perry passed away.

‘It’s going to come out in a matter of days or week that I am Stage 4, my cancer came back and that’s why I am here.

‘It’s a bitter pill to swallow in a lot of ways,’ she said, adding: ‘I’m petrified. I’m pretty scared.’

It’s unfortunate that it has come back since in 2017 it was in remission. She was first diagnosed in 2015. Her health battles are very personal to her and it’s very brave of her to get out ahead of the media and divulge this information.