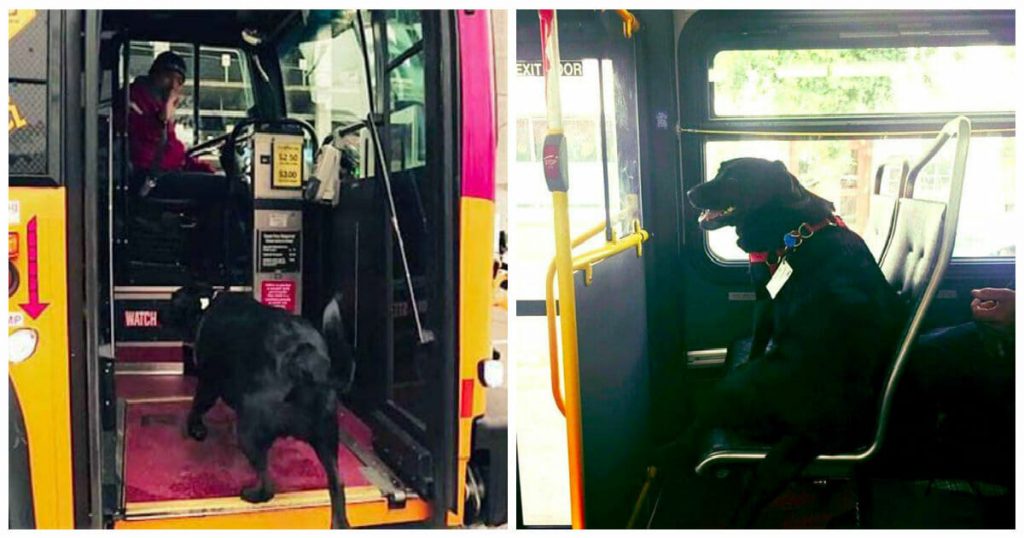 Seattle Dog Takes Bus to the Park Without Owner

If you thought cats were independent, well… check out this dog who rides the bus to the park and back without her owner.

The dog in question is Eclipse, a sweet black Labrador-bullmastiff mix.

Everybody in the public transit community came to love her.

“All the bus drivers know her. She makes everybody happy. How could you not love this thing?”

For the past couple of years, Eclipse and her owner, Jeff Young, have been taking the bus to the dog park.

Eclipse’s solo-riding career started when her owner didn’t have enough time to finish her cigarette before getting on the bus.  However, she knew exactly what to do and proceeded to jump onto the bus and head to the dog park. Young caught up with her 4 bus stations later at the park.  Thus, a tradition developed.

Eclipse displays a great deal of intelligence while riding the bus.

Local radio host Miles Montgomery explains how she looks for a window seat in order to “get off at the dog park.”

Many of the passengers are amazed with Eclipse, but Young wasn’t all that surprised.

“She’s been here the last two years, so she’s been urbanized, totally.”

What do you think of Eclipse’s independence?  Isn’t she a good girl? Let us know in the comments!