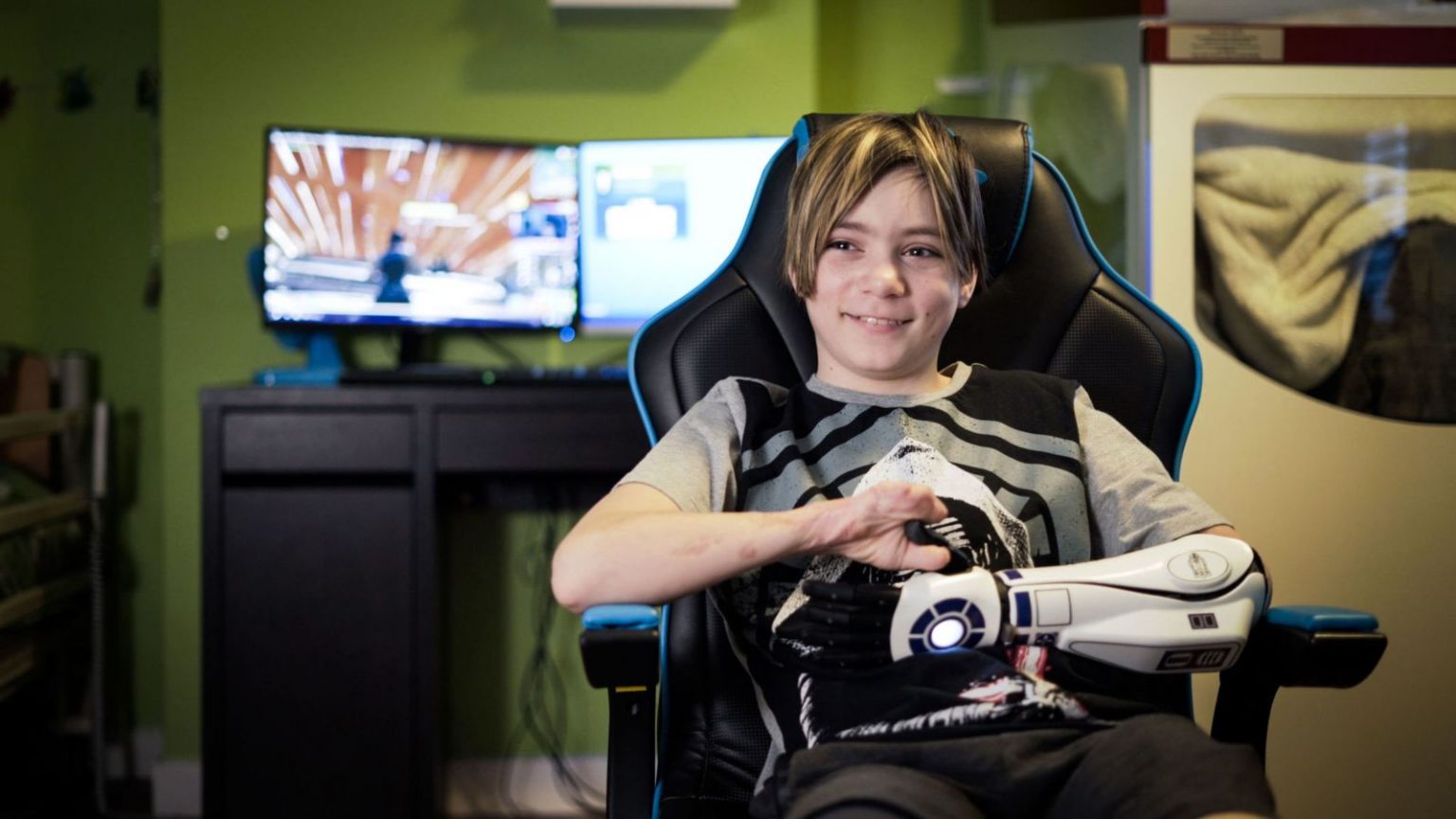 Kye Vincent was only eight when he contracted meningitis. Meningitis is a terrible illness that can cause inflammation in the brain, spinal cord and other limbs. Due to this he had to have 4 limbs removed. Both his legs, his right hand and part of his left hand. He’s now eleven and thanks to a successful crowdfunding campaign he has a prosthetic arm he can be proud of! And it’s themed to one of our favorite space buddies R2-D2.

The new limb is made to use sensors to detect muscle movements and is controlled by the tensing you would use to control your own hand. The arm can also be adjusted to fit him as he grows which is good because he’s only 11 and will surely grow fast!

Bristol Based Open Bionics made the hand with 3D printing. Kye is from from Leighton Buzzard in Bedfordshire and is the first person in the world to receive an R2D2 inspired arm. Even though the company also makes Disney arms from Frozen and Marvel’s Avengers he wanted Star Wars, which says a lot about Kye. Seems like a pretty cool kid to me!