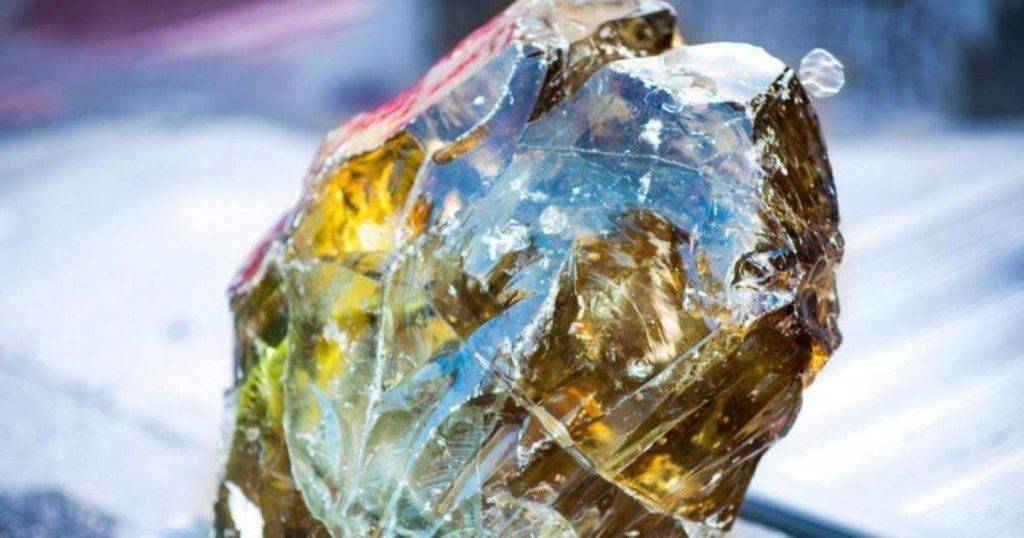 When a star is born it’s by a beautiful chance meeting of dust and gas in space. When they collide it gives birth to a burning star and throughout its life it will burn up other materials floating through space that get too close to it. The dust that is pitched from it when it dies then goes on to form new stars, planets, moons and meteorites. And when that happened billions of years ago with one star, it set in motion the meteorite would fall to Earth. The discovery was made by the Field Museum.

The meteorite was found in Austrailia and fell fifty years ago. It had been traveling through space for billions of years before landing on our planet. While doing research on the meteorite scientists found that it contained stardust formed 5-7 billion years ago. To give you an idea of how old that is our sun is only around 4.6 billion years old.

“This is one of the most exciting studies I’ve worked on,” says Philipp Heck, a curator at the Field Museum, associate professor at the University of Chicago, and lead author of a paper describing the findings in the Proceedings of the National Academy of Sciences. “These are the oldest solid materials ever found, and they tell us about how stars formed in our galaxy.”

So what is stardust exactly and how big is it? Well, very small! It turns out that these bits of stars are so small that 5 grains of it would fit nicely into the period at the end of a sentence. They’re microscopic which makes them extremely hard to see with the naked eye. And they are hard to find, about five percent of the meteorites that have fallen to Earth contain it. Which is a very small window when you consider how big the universe is.

The Field Museum has the largest part of the Murchison meteorite which holds a vast amount of it. The meteorite fell in Austrailia in 1969 and afterwards the people in the city of Murchison, Victoria donated it to science. Some of the Presolar grains were isolated from the meteorite 30 years ago at the University of Chicago and was only recently dated to be billions of years old.

How did they date it?

To get the stardust isolated they had to put it through a chemical process. First they had to crush fragments of it and turn it into a powder. They made a kind of paste with it and then dissolved it in acid until only the stardust remained.

“It’s like burning down the haystack to find the needle. We used exposure age data, which basically measures their exposure to cosmic rays, which are high-energy particles that fly through our galaxy and penetrate solid matter. Some of these cosmic rays interact with the matter and form new elements. And the longer they get exposed, the more those elements form. I compare this with putting out a bucket in a rainstorm. Assuming the rainfall is constant, the amount of water that accumulates in the bucket tells you how long it was exposed.”

What it means for science

What this means and what they found inside the Murchison meteorite is that due to the dust particles found that there was a kind of star “baby boom” seven billion years ago. This is enough to prove that during that time there was an enhanced rate of stars being created and much of the universe we know now is due in part to this large increase of space matter. Now they can study formation of stars and the death of them with a little more concrete evidence than they had previously.

If you want to find out more please visit Fieldmuseum.org