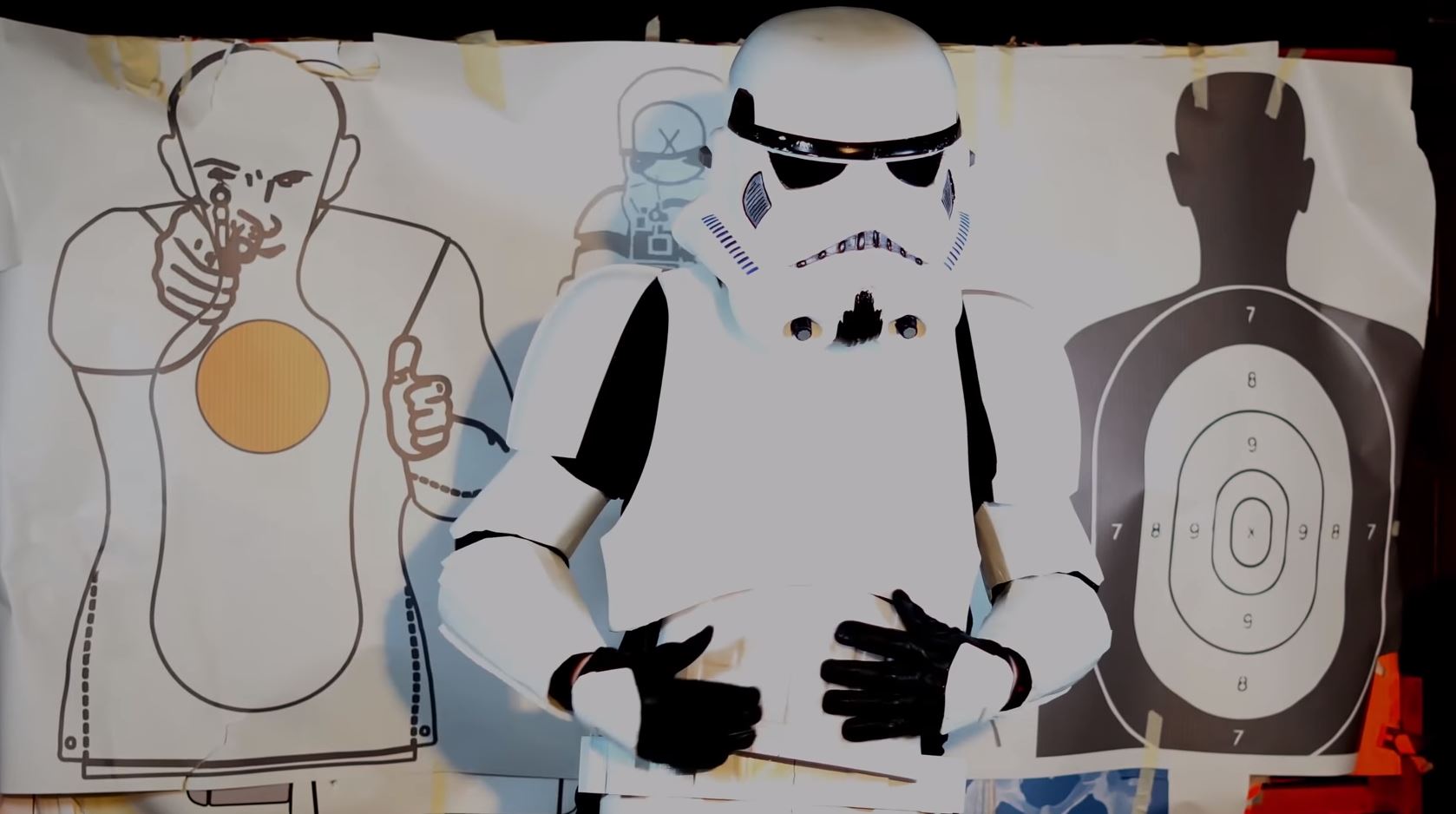 Nils Rasmusson who is a computer software engineer from Saratoga Springs has made a stormtrooper suit from scratch. Using a 3D printer and collaborating with a friend of his, he made the suit partly out of bulletproof plastic.

While it’s only partially bulletproof he’s focused on some of the more vulnerable areas. He’s made the Helmet, one shin guard and the back plate bulletproof. It would have been too expensive to use that particular plastic for the entire suit. “Stormtroopers don’t do well in the movies. One shot and they’re dead,” he said to KSL. “So, could we give them a little protection?“

When he finished the suit of armor he then took it to the firing range. While the helmet took a pretty good beating he wanted to see how it looked on the inside. He fakes you out at first in the video, but don’t worry they are shooting at a dummy named Hans.

This is pretty neat, and definitely would have been helpful in the regime. But unfortunately the Empire didn’t want to spend money on good suits so they were all completely useless. Upside they looked cool, downside… death?

You can follow him by subscribing to his YouTube channel LRN2DIY. Keep an eye out for more exciting videos and projects!