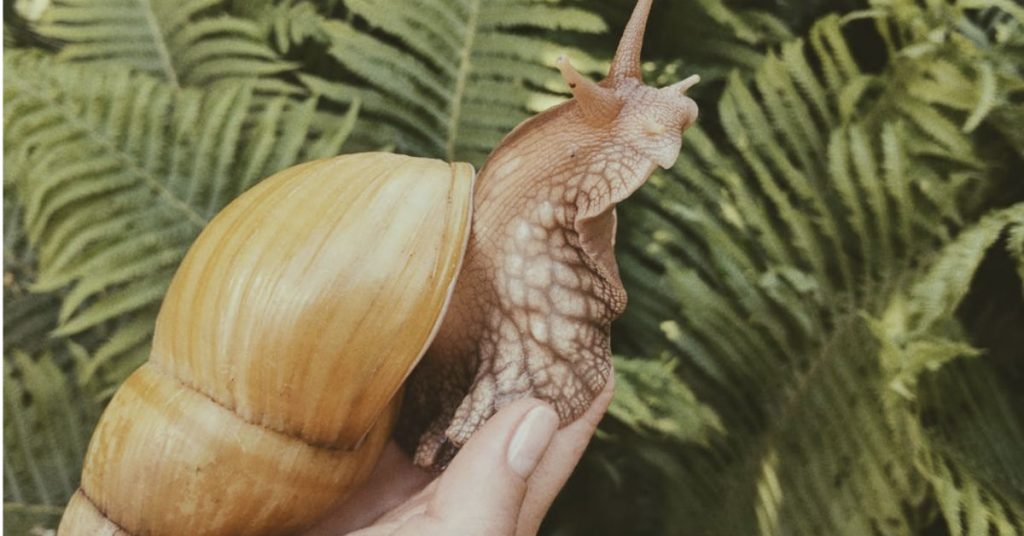 People Are Buying Snails The Size of Small Dogs As Pets

When you think of the word pet there are some strange animals that come to mind. Tarantulas, lizards, & rocks can even be considered a pet. Hey it was the 70’s things were weird. But now they are selling huge snails that are the size of small dogs and people are buying them as their next exotic pet. It’s a step down from a Tiger, which actually isn’t that hard to get according to my vet tech friend.

These snails are called the Giant Land Snail of Africa and are crossing the ocean by being smuggled in and have recently showed up in Florida. To the dismay of many residents who are totally freaking out. Others however have come to embrace them taking them into their homes, well their backyards anyway and calling them Slimer (I guess is makes more sense than “Fluffy”). They are becoming a hot trend on the black market as they are totally illegal to own.

These Giant Land Snails are typically found in Tanzania and Kenya,  but have been brought over illegally to the United States. If you have seen one it’s good to report it to your local animal services. Don’t handle them as some of the bacteria they can carry can cause illness. While they may not be life threatening people have been reported to experience nausea, stiff neck and they do carry a form of meningitis.

What started out as an exotic pet turned into a kind of infestation. Think Bart Simpson when he brings over that toad. Now they are popping up all over the place and it’s due in part to people keeping them as pets. Since they are able to breed without a partner and lay eggs that can be either male or female depending on their needs, it only stands to reason that soon they will be spread even more throughout the United States. Which isn’t a good thing since they eat plants and crops, and once they finish that they will even eat the stucco off your home. This documentary clip below will help explain what I mean: