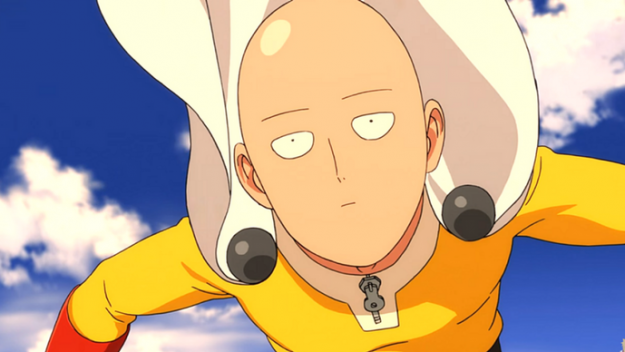 Anime has had a big surge in popularity, thanks in part to streaming sites helping to bring it to a wider audience. But with so many shows to choose from, in almost every genre, knowing where to start can be a daunting task. Choose a duff series and an underwhelming first experience can put new fans off from continuing to explore the great world of anime. So, to help you navigate your entry into the quirky and unique of world of anime, here are the top 5 series for newcomers.

Have you ever wondered what would happen if you could murder anyone just by writing their name in a notebook? Well, that’s the basic premise of this series. High-school genius Light Yagami discovers the mysterious journal at the very start of this anime. His moral crusade against criminals takes on some surprising twists, as he engages in a thrilling game of cat-and-mouse with a detective known as ‘L’.

One of the most gripping aspects of this anime are the issues of morality and justice it throws up, including leaving you pondering whether or not to cheer for a main character who descends into supervillainy. It will have you hooked and binge-watching the series in record time.

The series follows two brothers – Edward and Alphonse Elric – who attempt to resurrect their deceased mother using the ancient art of alchemy. The experiment fails. One brother loses his body, with his soul becoming trapped inside a suit of armour, whilst the other literally loses an arm and a leg. They spend the series attempting to reclaim their old bodies, in a world where war and militaristic rule, along with magic, is commonplace.

“This is a brilliant series,” says David Ross, an entertainment writer at Paperfellows and Australianhelp. “Not only is it accessible, but it also has spectacular battles, mixed in with some humorous brotherly squabbles and some totally heart-wrenching emotion. Throw in some magic and a captivating, involved storyline and you have the perfect recipe to keep viewers gripped and guessing right till the end.”

This series is a mix of sci-fi, with wild-west and some film noir elements. It follows a group of bounty hunters, aboard the ship Bebop in the year 2071. All the characters are flawed and have ghosts from their pre-Bebop days lurking in the shadows, waiting to reappear and cause havoc.

At twenty-six episodes, Cowboy Bebop is a controversial and sometimes philosophical series. This is definitely not one for kids. The first episode alone is filled with scenes of violence, drug use and sex jokes.

The appeal of this series is the refreshing way that it addresses the now all too predictable superhero genre. Saitama is the plain-looking superhero, who is not only so strong that he can defeat any enemy with just a single hit, but who is also overwhelmingly bored.

The series is filled with fantastic comedy, a vibrant cast of superhero and villain caricatures and a simple, entertaining plot. It is brilliantly animated and will having you laughing out loud.

Chances are, you’ve heard of Dragon Ball Z. It captured the attention of many children during the early 2000s with its colourful villains, exaggerated martial arts and excessive amounts of shouting. It follows the adult life of Goku, an alien who was sent to Earth as a baby in order to destroy the planet. Meanwhile, his home planet was itself destroyed. Having forgotten his original purpose, Goku grows up to be kind-hearted and becomes a protector of Earth.

“It’s probably the best entry point for newbies,” says Curtis Flores, an anime blogger at Boomessays and State Of Writing. “Some people will criticize its simplistic story, but that is outweighed by its likeable and varied characters. The series is full of high-speed, intense battles and memorable special attacks. Just think of the now classic Kamehameha.”

These five series are an ideal entry point for those of you intrigued by the genre. Of course, they just scratch the surface of the amazing world of anime.

Aimee Laurence is a content editor at both Write My College Papers and Assignment Writer websites. She writes extensively about all genres of anime. Aimee is also a manager at Type My Essay service.