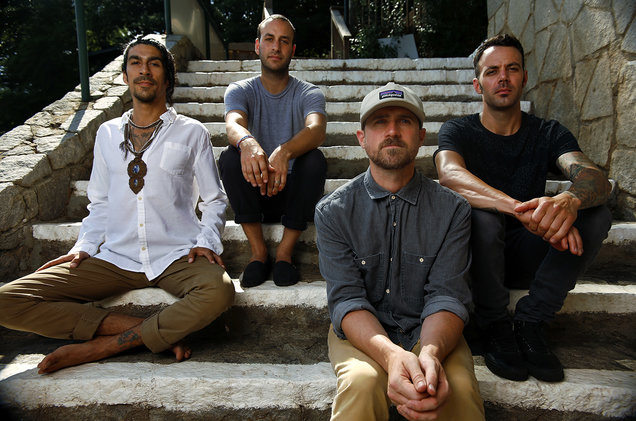 Brand New Is Still On Spotify Despite The Rumors

However… the band is still there.

Maybe you were one of the people looking to get that The Devil And God Are Raging Inside Me nostalgia kick on the way to work only to find Brand New’s albums had mysteriously disappeared. Or maybe you had absolutely no idea this even happened? But either way here’s a link to a story from NME.com you can check out so you don’t think I just made all this up.

I’m not exactly sure why Brand New wasn’t showing up in people’s Spotify accounts. Could be a temporary glitch? From my own experiences I can tell you Spotify is not perfect. I remember the morning Vampire Weekend’s Father Of The Bride came out and I couldn’t access the recording for a couple of hours.

Now you may be wondering why the hell somebody would even want to pull all of Band New’s records off of Spotify and it’s because their lead singer Jesse Lacey was accused of sexual misconduct with underage girls who came forward with the allegations in 2017. As of this writing, Lacey has not been sent to jail, yet he has acknowledged his wrongdoing and issued an apology statement. Whether that’s sufficient is for the court of public opinion to decide, but in terms of the band, the damage has been done. The accusations left an ugly, noticeable cloud over the group which forced a tour cancellation and what is basically an all but confirmed breakup.

For me personally I haven’t listened to Brand New since the allegations were made. Anytime the word “underage” enters in the equation it’s never a good thing. And this enrages me further because I spent a ton of time listening to them over the course of the last five years. It sucks big time when you make that kind of investment only to find out that the lead singer is a creep-ass. Same thing with Sorority Noise. I can only imagine what R. Kelly and Gary Glitter fans have gone through.

When addressing the question of “if Spotify should scrub Brand New?” Both Glitter and R. Kelly are still featured on the music streaming platform so the answer really lies in the court of public opinion. If Spotify decided to wash their hands of Jesse Lacey and company I would totally understand. If they did the same for all artists facing some form of sexual misconduct allegations, more power to Spotify. I’m sure they’d crop their catalogue significantly. However, a move of that magnitude may cost them subscribers and if we’re talking the never ending battle between morality and the all mighty dollar… money will win every single time in the business world.

And if listening to Brand New is something you plan on doing in the near future, you can still find their entire discography on Spotify.

Are you still a Brand New fan? Let Nerdbot know in the comments!!