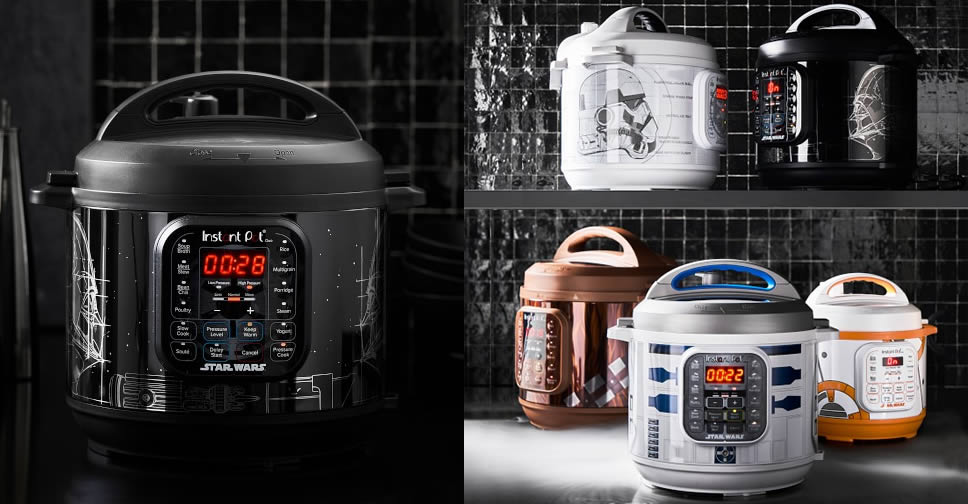 Have you ever wanted a robot to cook your meal for you? Well now you can kind of do that. Williams & Sonoma have just come out with some really cool Star Wars pressure cookers that will make dinner easy.

They have five different designs, R2D2, BB8, Darth Vader, Storm Trooper and Chewy. So I guess some of those aren’t droid based but they’re still your helper in the kitchen. And you could technically call the pressure cooker itself a droid.

These retail for $99.99 which is much cheaper than the dutch ovens we wrote about previously. Those were an insane amount of money but die hard fans who are willing to save would still love to have them. You can read more about them at the bottom of this article.

A pressure cooker basically cooks your food with steam. It is an easy way to get a quick meal. There are a ton of recipes out there and they are generally pretty easy to use. These would be a great gift idea or even something you may want to get for yourself. You can check them out by following the link here.

These are a first for a Star Wars pressure cooker. Before you could only slap a vinyl decal on the side and call it one. Now you have officially licensed cookware. The world is becoming a much better place for fans.