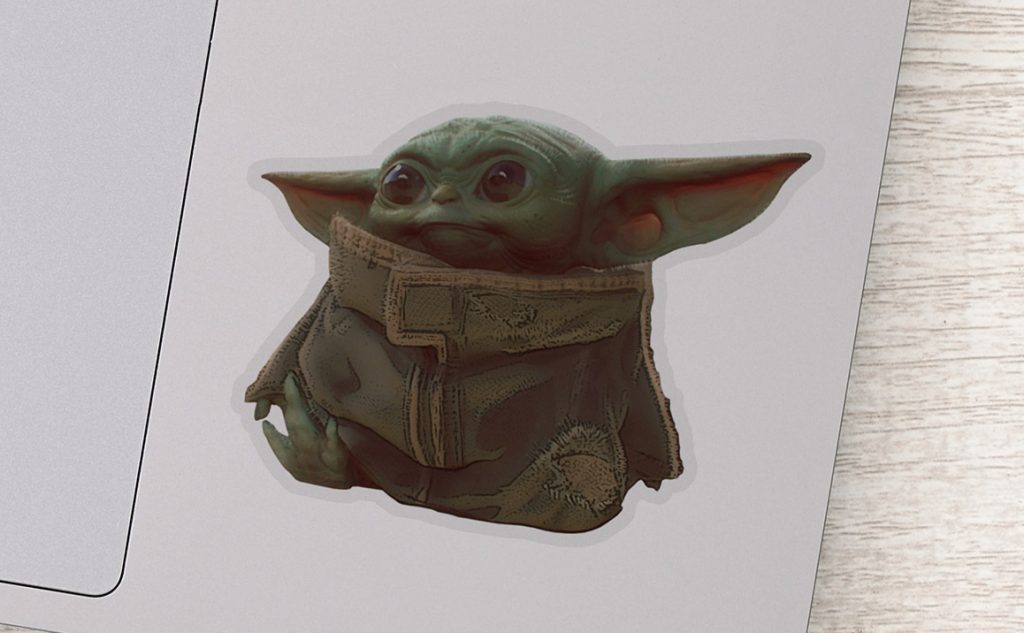 Looks like Disney wasn’t so sure about how well The Mandalorian would do after all. Ideally by this time they would have had merch for “the child” popping up everywhere and it would include cooing baby dolls, a floating stroller, keychain and a heck of a lot more.

But what they have released are images that honestly look like they had them massed produced in a kind of “oh sh*t” moment. Apparently they weren’t willing to make the investment on toys and merch besides the limited Funko pops for The Mandalorian and the one really cool AT-ST which I couldn’t talk about before because it was street dated. And even mentioning the AT-ST now is weird because we haven’t even seen that episode yet.

So whether the new merch will be a hot seller or not remains to be seen. I’m sure that many Star Wars fans will want that first run of stuff but if it all looks exactly the same you’re essentially buying the same image over and over again. Something you could easily find a high res image of and print out for yourself. It basically looks like they uploaded an image to red bubble and are using them as a printing service for this.

At least for now we have something but if Disney is trying to see how much interest there is in the market for merch of “the child” by tracking these sales they may come up underwhelmed. I can’t speak for all fans here, and no judgement if you like owning things with the same image, but they could have at least used different scenes for different products. There are a ton of scenes that could have been used with quotes from the show on shirts and posters.

You can find these products at Amazon, Design By Humans, Hot Topic, shopDisney, Walmart, Zazzle, and 80’s Tees!