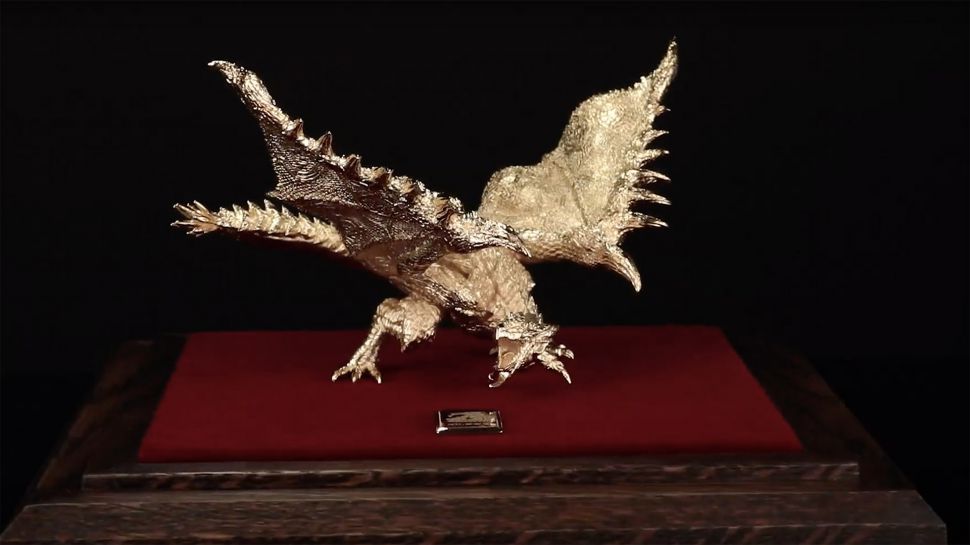 What would you do with 2,667 copies of Monster Hunter:World? Well, that’s the equivalent price of this Rathian figure from Japanese store U-treasure. In celebration of the Monster Hunter franchise’s fifteenth anniversary, the store is releasing intricately detailed dragon statues made from precious metals.

This Rathian statue is called the Rio Leia rare species dragon statue on the store’s site. Rathian measures at 7.5cm wide and 15.5cm tall with a weight of 600g (about 1.5 lbs). The figure comes in a glass case and is made entirely out of solid yellow gold. It holds an intimidating price point of 8.8 million yen, or about $80,000.

If a five digit price point for a dragon figure is too much for you, how about one with a four digit price point instead? For 880,000 yen or around $8,000 you could instead own the silver fire dragon rareus. Made entirely out of silver like its namesake, this Rathalos will still cost you a pretty penny. If you really have some cash to burn, both figures can be purchased in a bundle for 16.5 million yen ( or around $150,000).

For perspective, that bundle price is the equivalent of about five 2019 Dodge Charger GTs. Owning even one of the figures would show a real dedication to all things Monster Hunter. So if you have the money to burn and an enormous love for Monster Hunter, perhaps consider buying these statues for yourself. I think I will stick to the far cheaper plastic models.