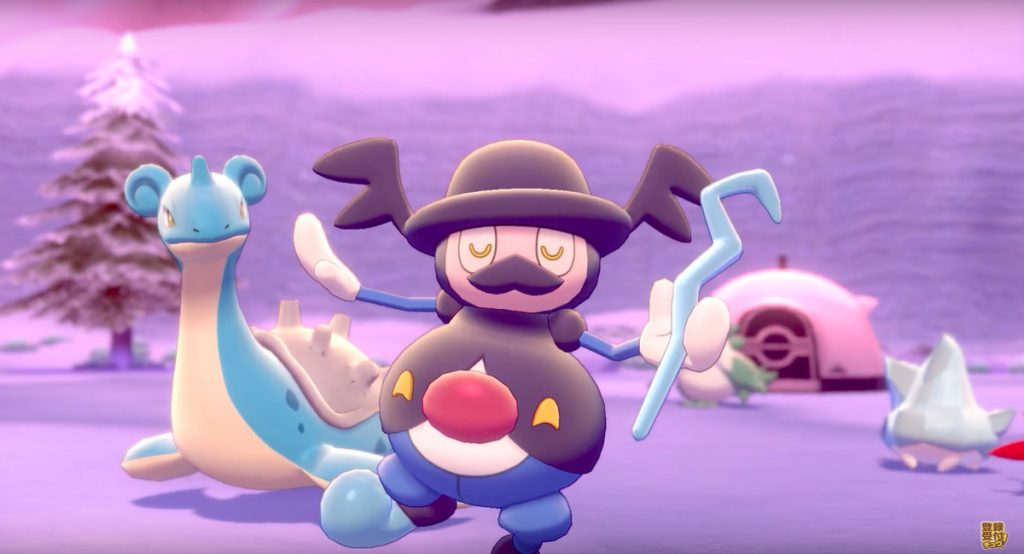 Pokémon Sword and Shield  is just a few days away and Game Freak has released the game’s official launch trailer. An exciting move that has us all hype for what is up and coming. But also gives us a look at a couple new faces. One face stood out to us in particular. A more “British-looking” Mr. Mime.

Based on existing Pokémon leaks, we know that this is Mr. Rime — a new evolution for Mr. Mime, Pokémon’s garish clown. That’s right, an evolution for our freakish friend. Featuring a top hat, mustache, and cane for a more refined look. There’s just a hint of clown left on the Pokémon’s belly which is reminiscent of a jester.

The team certainly seems to be having fun with their Galarian forms made specifically for this new region. Doesn’t Mr. Rime look like an absolute delight to be around? Unlike Mr. Mime who tends to give us a bit of the creeps.

What do you think of this new evolution? Can you see Mr. Mime being an influence at all? Let us know in the comments below!

Pokémon Sword and Shield are out on Nintendo Switch on Nov 15 where you may be able to take a good look at this new evolution in game.