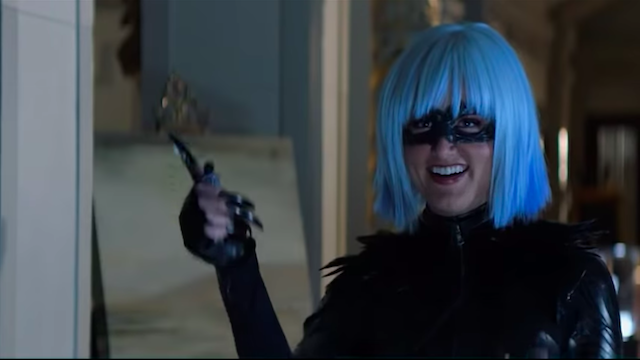 Kate takes on the breakout star from the 2013 breakout cartoon hit ” Beware the Batman ” : The Magpie !

Hopefully this episode will be more memorable than the reference that was just made about the cancelled cartoon series mentioned above. Lets Get into it

This episode has a very similar structure to last weeks. From the introduction of a villain, to the use of alice as a background threat – this episode set the example of a standard episode for this season.

While Alice took the backseat once again, she at least had more to do this episode. She needs to either be the focus if the episode or gone. When shes the b story it just descalates her as a threat.

The combat was fun, although it would be more memorable if they extended the sequence or involved more of Kate’s tools. Since we’ve seen alot of hand to hand combat from Arrow, the stunt choreographers need to work on making these fights different.

The relationship between kate and Regan was nice, although the character seemed too charming to be wasted on a lesson about ” vigilantism demands sacrifice”. But it’s nice seeing Kate slowly moving on from sophie.

I’f theres one aspect of the show they need to work on is the relationship between Luke Fox and Kate.

While her idea about buying low income housing to benefit the community was great, but she was really rude to Luke when she told him about it.

What’s your thought on the episode ? Love it , Hate it or did you drop it already ? Let us know in the comments down below !