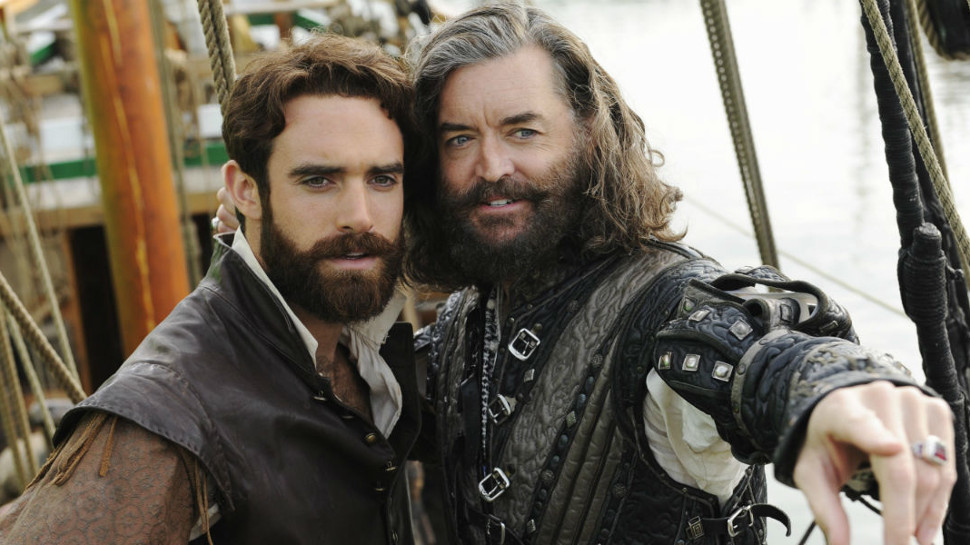 Galavant released back into 2015, serving up a musical comedy. Musical comedy, for a television show? You got that right! And they got it right as well. Galavant was so good. Yet ended in 2016 with only two seasons.
Telling the tale of one washed up hero in Medieval times, and poking fun at fairytaile-esque themes and stories; it’s a shame to have ended.

However, could there be hope as to a revival thanks to Netflix?

Karen David, who played Princess Isabella on Galavant, spoke with CinemaBlend about whether the Galavant team would be interested in returning. Also, whether or not a revival could really happen due to the series winning a new audience (since streaming on Netflix).

When asked by Laura Hurley of CinamaBlend if she would be on board for more Galavant, Karen David had this to say:

Absolutely. I will say right now, full disclosure, all of us are up for more Galavant. There’s a lot of things that happen when a show gets cancelled that can be a bit political too, and it’s really tough to explain to the fans, that sometimes it’s not always what you think of why a show gets cancelled. There’s a lot of reasons behind it, and we all feel that there was so much more to tell. Dan Fogelman had a Bible of the story arcs for seven seasons, so there were so many stories to tell. And that was just the start.

With the team ready to go, is there a chance at revival? David continued on to say:

Don’t get me wrong, I am so grateful that we got two seasons. At the end of the day, it takes a network or cable or platform streaming service to give us the opportunity to tell these stories. So we’re so grateful that we got the two seasons to tell those stories, and I feel that ever since the show’s gone on to Netflix, that it’s reached so many more people. Still to this day, I get tweets or Instagram posts telling me, ‘Oh my gosh, I just watched Galavant. Why was the show cancelled?’ And they want more! So certainly I think the creative team and my fellow cast members, we’ve all talked about how much we’d love to come back and do more Galavant. So there is a petition, a More Galavant petition, which the fans created. They’ve been so amazing throughout this process, and I think we’re coming up to about 40,000 signatures, and I just keep telling them, keep signing it.

The fact that the More Galavant petition (which you can sign here) is still actively getting signatures, nearly four years after Season 2, is definitely a positive sign that there’s an audience for more. In fact, there have already been several new signatures this week. Karen David pushes for more action when it comes to the show. She elaborates on how people can get involved:

Because literally we have them printed out and it is a massive stack of paper, and just to see how much love there is out there… I’m telling them to go on to Netflix, give it a thumbs up, leave a great review. I’m told from the fans, they’re teaching me, that you type Galavant in the search engine on Netflix and that really helps in marketing figures and keeps it going on, certainly to be available to watch on Netflix. That More Galavant petition is really important, that people sign it and give their comments of why they love the show and why they want it back. Just keep spreading the link to other people, because the more signatures there are, then it just helps so much with our producers to do hopefully some future pitches. I know Alan Menken would love to do more… I never felt in my gut that it was truly over. So let’s see!

Will getting the attention of Netflix be enough to get the cast together over Galavant? It appears that Princess Isabella has hope, and so do we!
Let us know your thoughts in the comments!