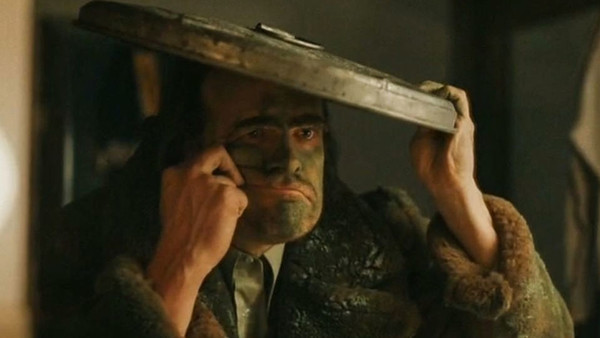 With Todd Phillips’ Joker currently dominating both the box office and my potential Academy Award winners depth chart, the film is ripe for parody. And with SNL having an absolute brilliance streak when it comes to these little shorts that air in between the sketches.

Their latest effort casts David Harbour (this past weeks’ host) in a dark twisted origin story of Sesame Street’s favorite green agenda of rage, Oscar the Grouch. The story presents Oscar as a garbage man who descends to a state of trashness. Drugs, prostitution, crime have all taken hold of Sesame Street and Oscar’s anger, or grouchiness makes him want to abandon his regular life for a life in the can.

I can’t decide if my favorite part is Kenan Thompson as a pimp or Bert and Ernie’s completely appropriate violent encounter.

Seriously though… SNL is at the top of their game with these shorts. Whether it’s Ryan Gosling’s obsession with Avatar’s font or Kate McKinnon as Kellywise the Clown, these little doses of humor I personally believe will outlast some of the more recent sketches or characters. I actually can’t even think of a post 2010 SNL character who has garnered the type of popularity as the Roxbury guys. Which is probably why I’m such a trumpeter of the shorts.

And Joker was a cinematic triumph! If either the film, Todd Phillips, or Joaquin Phoenix don’t take home a trophy on Oscar Sunday, it will be the biggest case of robbery we’ve seen since the John Dillinger days.

Also, David Harbour is the man.

What is your favorite SNL short? Let Nerdbot know in the comments!!