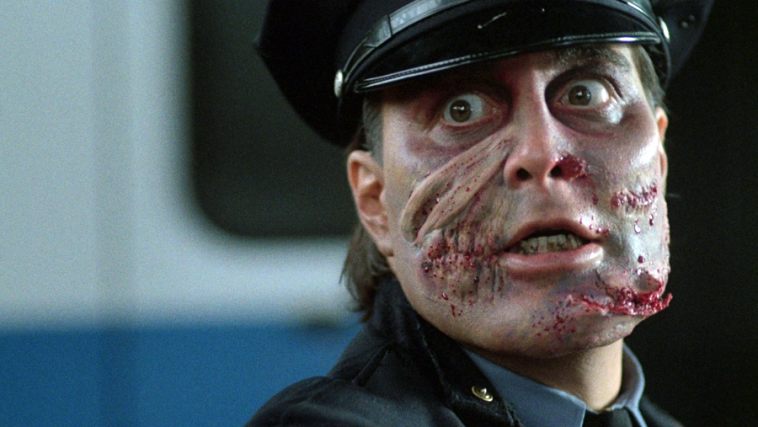 If you don’t, I’ll bet you can already guess what they are about…

The reason we’re discussing this gone but not forgotten cult film is because Nicolas Winding Refn, fresh off his recently Amazon cancelled first attempt at television show known as Too Old To Die Young, plans to bring a Maniac Cop series to HBO.

Indiewire.com reported on October 11th that the Danish auteur signed a deal to be the project’s showrunner and to also direct all of the episodes with the help of Universal Soldier (not the original but two of the sequels) director John Hyams. It will be the inaugural production of Refn’s own NWR Originals which is a branch of his already established streaming platform byNWR.com. Variety states the show will be set in Los Angeles and  “told through a kaleidoscope of characters, from cop to common criminal. A killer in uniform has uncaged mayhem upon the streets. Paranoia leads to social disorder as a city wrestles with the mystery of the exterminator in blue. Is he mere mortal, or a supernatural force?”

Refn said in a statement; “We’ve been talking about a re-imagining of the ‘Maniac Cop’ films for a number of years, but as we continued to work on the material, we found ourselves wanting to explore the world we were creating in greater depth.”

He added; “Turning ‘Maniac Cop’ into a series will allow us to realize our wildest ambitions and to reach an enormous audience though partners HBO and Canal Plus. This show will be an unadulterated, action-packed horror odyssey. Given the current state of the world, though, ‘Maniac Cop’ will also be a strong commentary on the decline of civilization.”

Knowing Refn’s style I’ll bet each script is five pages long and they are somehow turned into the most beautiful sixty minute installments of “unadulterated horror” this world has ever seen. Maybe Gosling will play our Maniac Cop?

Who is ready for what I’m assuming will be Neon Demon x 1000? Let Nerdbot know in the comments!!