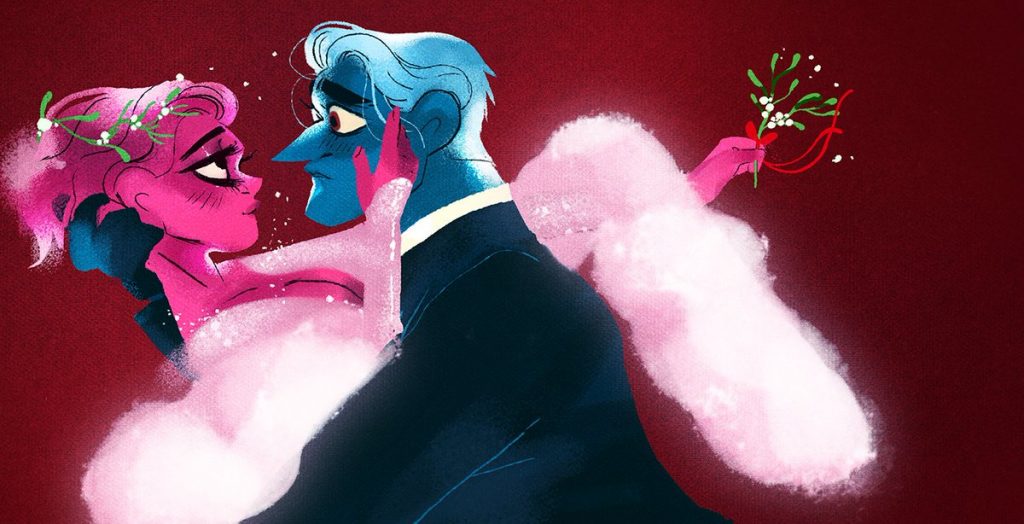 Webtoon’s ‘Lore Olympus’ to be Developed as YA Animated Series

The Webtoon Lore Olympus is to be created as a young adult animated series.  The companies of Jim Henson and Webtoon have decided to team up to create the adaptation.  Rachel Smythe is the author of this popular Webtoon, which currently has 82 episodes available for reading.

With over a million hits each episode, the series captivates the minds of its many readers (one of which is myself).  One week seems like an eternity when waiting for the next episode update.

Lore Olympus tells a modernized version of the classic tale of Greek mythology aimed towards teenagers and young adults.  The summary from Webtoon is: “Witness what the gods do… after dark. The friendships and the lies, the gossip and the wild parties, and of course, forbidden love.  Because it turns out, the gods aren’t so different from us after all, especially when it comes to their problems. Stylish and immersive, this is one of mythology’s greatest stories — The Taking of Persephone — as it’s never been told before.”

According to Deadline, this partnership between the two companies is the first adaptation deal for Webtoon since its debut in 2014.  The development of this adaptation will be overseen by Ashley Griffis, who is the executive director television for the Henson Company.

“At Henson, we love stories that inspire, both artistically and intellectually, and Webtoon’s Lore Olympus does both.  Rachel Smythe’s new take on mythology and innovative design, with a unique female perspective, makes this project perfect for today’s young adults. The world of Lore Olympus is a welcome part of the Henson tradition of exceptional fantasy storytelling.”

Ashley Griffis’ take on the deal

In return, Taylor Grant, Webtoon’s Senior Vice President of IP Development, states how the Henson Company is the perfect match for creating the next step of this series:

“We are thrilled to partner with The Jim Henson Company, a beloved brand known for its commitment to quality entertainment. The combination of our tremendously successful IP along with the. creative expertise of The Jim Henson company provides an opportunity to deliver a unique animated series unlike any we’ve seen before. We are excited to expand the Lore Olympus universe and bring it to life for a whole new audience.”

As of now, Lore Olympus’ animated series has not set a cast nor a release date. I hope it arrives sometime in the near future so I can begin the binging.

Do you read Lore Olympus?  Are you excited for the new series?  Let us know in the comments!