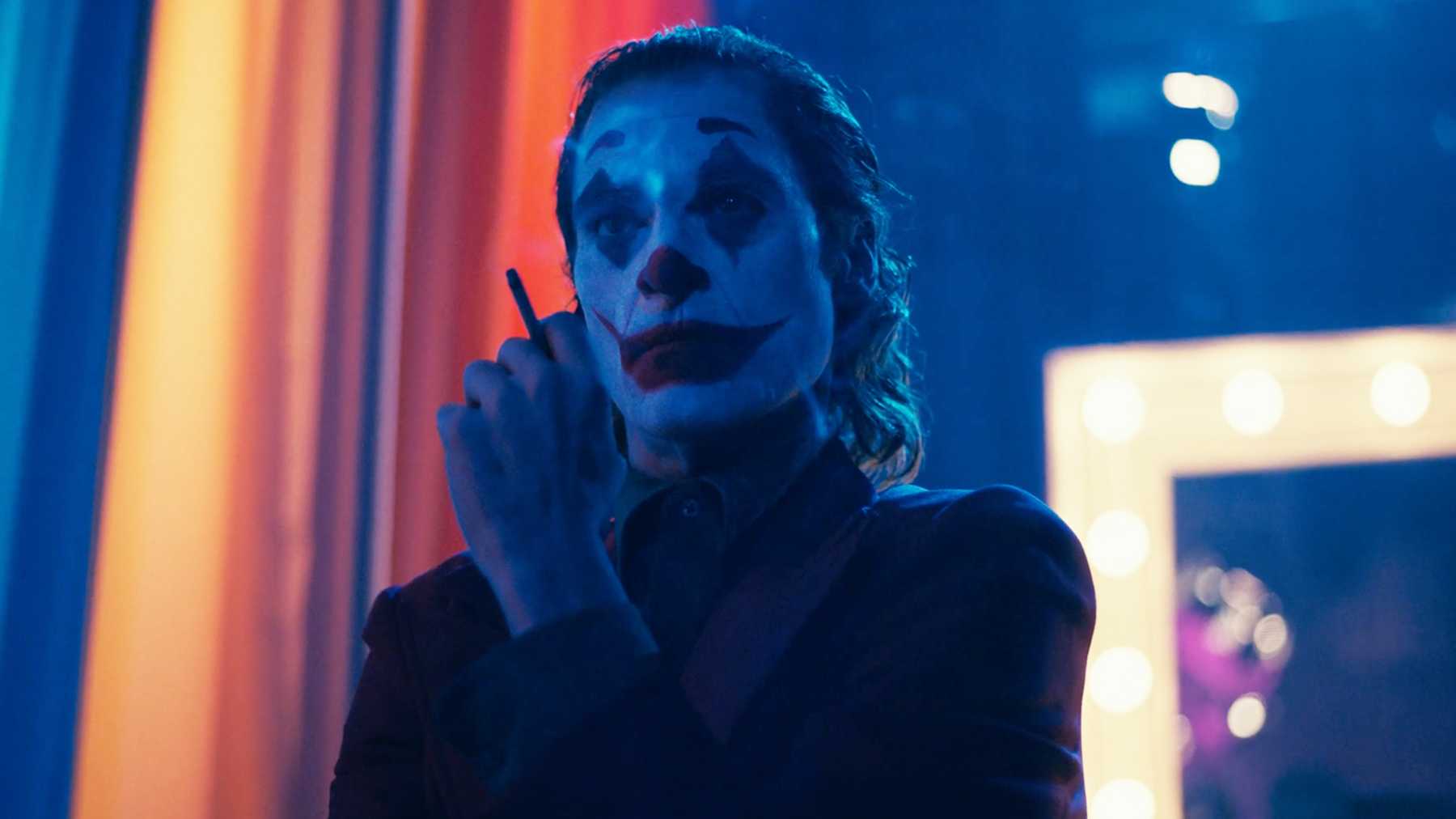 Joker: A Serious Film for a Serious Monster

Few comic book villains incite as much controversy as the Joker. Introduced in Batman #1 on April 1940, the Clown Prince of Crime is Batman’s most well-known adversary and one of the most vicious characters in all of modern American literature. Several A-list actors have played him on film including Caesar Romero, Jack Nicholson, and the late Heath Ledger. And like Batman, nerds tend to have a favorite version of the Joker. But as the character reached the new millennia his on-screen portrayals became darker and more disturbing as each iteration attempted to leap out of its predecessor’s shadow.

The role has become more controversial with each re-imagining, so when news began floating around that Martin Scorsese (Goodfellas) was producing a standalone Joker film (he later dropped out of the project) and that Todd Phillips (The Hangover franchise) was directing and Joaquin Phoenix (Her) was starring in it as the Harlequin of Hate, people immediately began talking. With the film receiving unprecedented amounts of praise at the Venice Film Festival as well as criticisms on social media over its potential for inspiring real-life violence, Joker was already a phenomenon before it even officially hit theaters. But does it actually live up to its hype? Can any film live up to this much hype?

For Batman purists, this movie may bother you. It takes quite a bit of liberties with some key characters, particularly the Wayne family. For starters, Bruce Wayne’s father Thomas Wayne (Brett Cullen, The Shallows) has yet to meet his untimely, Batman-creating demise in a dark alley at the start of the film. As such, Thomas plays a big role in Joker as one of the story’s main antagonists. Cullen plays a completely different Thomas Wayne than that of Linus Roache in Batman Begins. Rather than build an expensive monorail to help out Gotham’s commuting poor, the Thomas Wayne of this film is someone straight out of The Wolf of Wall Street.

He’s apathetic at his best and downright sadistic at his worst. He’s also running for mayor in Gotham, sparking a public outcry over class warfare by a sea of angry protestors, whom Wayne dismissively refers to as “clowns.” Cullen does a fine job playing Batman’s scumbag one-percenter father, but Phoenix’s portrayal of the Joker’s alter ego, Arthur Fleck, is what makes this film go from a decent art house project to supervillain Silence of the Lambs.

Unlike previous Jokers, Fleck is the first Clown Prince to have a fully fleshed-out origin. While Nicholson’s Joker in Tim Burton’s Batman had some pre-killer clown screen-time, Phoenix’s Joker has an entire movie devoted to his character development. From his first moment on screen as a melancholy clown-for-hire to his eventual embrace of chaos, Phoenix steals the show as a mentally unwell man just trying to survive capitalism. And unlike ’89 Joker who transforms into a super villain from falling into a vat of chemicals, Fleck’s Joker transforms into a super villain by falling through the cracks of society.

Fleck has a variety of different mental health disorders that make it difficult for him to connect with people. Though the film thankfully never gives him an official diagnosis, Fleck suffers from extreme Tourette’s like laughter when overcome with emotion. He even carries a laminated card with him detailing his condition for strangers who are off-put by his uncontrollable laughing fits, but it rarely helps the situation. To put it bluntly, Fleck gets his ass kicked a lot. Fleck’s social worker says it best, “They really don’t give a shit about people like you, Arthur. And they really don’t give a shit about people like me, either.” He exists on society’s margin along with the rest of the disenfranchised of America, despised by the privileged and beaten down by the system. But while the audience may feel sorry for Fleck’s plight, Joker makes no attempt at making its audience like the protagonist.

Fleck isn’t likable. Every scene Phoenix is in there is at least one huge red flag moment for anyone with common sense to realize this guy needs help. But help never comes because the city’s resources are dry, its mental hospital is overcrowded, and at the end of the day it’s just easier for strangers to beat up on the neighborhood “weirdo” than offer them compassion. One of the eeriest parts of Fleck is his notebook, which his social worker instructs him to journal his thoughts into. Fleck instead uses it as a joke diary for potential material, but most of his “jokes” end up turning into sad musings such as “the worst part about having a mental illness is people expect you to behave as if you don’t” and “I just hope my death makes more cents than my life.” The notebook also has cutout pages of what is clearly porn taped to various parts of it, which only adds to the mountain of red flags.

What makes Phoenix’s take on the character so entrancing is that it is even more grounded and eerie than that of Heath Ledger’s portrayal of the agent of chaos in The Dark Knight. Though to be fair comparing Phoenix’s performance with that of Ledger’s, which posthumously won him an Academy Award for Best Supporting Actor, is unfair to both performers. Phoenix’s Joker resides in a Gotham quite different than that of Ledger’s – there is no Batman, there is no Commissioner Gordon, the city’s economy is crashing like a runaway locomotive, and mean-spirited entertainers such as Murray Franklin (who is played with slick smugness by Robert De Niro) fill the airwaves. His struggles are more relatable – he has to take care of his elderly mother, he’s being kicked off his 7 pill cocktail of medications, his social worker cannot see him anymore. He doesn’t need a vat of chemicals or a grin carved on his face to go mad, America’s poor healthcare system is doing a fine job of that on its own.

Despite the story taking place in such a bleak world full of poverty, senseless brutality, and an endless garbage strike littering every block with mountains of trash, Joker is actually a beautiful film to look at. The cinematography matches whatever ambiguous time period the film takes place in, which is likely somewhere in the early 1970s based off the visual clues. And everything from the lighting to the costume choices compliments the vintage aesthetic. The score also matches the retro era perfectly while highlighting whatever mental state Fleck is currently in. Even when the film is hard to watch it is still difficult to look away simply because of how well all its formal elements come together. And despite there having many hard to watch moments, the film isn’t gratuitous in its use of gore. In fact, there are long periods of time in the movie where nothing violent happens at all. Phillips relies more on tension building than jump scares and blood to make scenes disturbing.

Will everyone enjoy Joker? Clearly not. The film’s subject matter alone has made it the target of many think-piece articles concerning movies that star White, male protagonists with toxic personalities. But Joker knows what it is. It is a modern telling of Taxi Driver. It is Alfred Hitchcock’s Pyscho told through the perspective of Norman Bates. The film is aware that its main character is problematic as hell. But there’s a reason the Joker has had such a successful career in comic book lore in spite of his vile nature. When protestors in clown masks start the “KILL THE RICH” movement in honor of Fleck’s violent deeds earlier in the film, Phillips is showing us a bit of the darkness within ourselves, an angry part that wants to burn down society as punishment for its inequities.

And though the film’s themes and subject matter will most assuredly turn off some viewers, most of its haters will still have to admit that Phoenix will likely receive an Oscar nomination for his powerful and disturbing performance. He disappears into the role so thoroughly that it is hard to look away even during the most uncomfortable parts of the story. Critics and film scholars will be arguing over Joker for quite some time, which to be fair, is exactly what the Joker would want.

NYPD Going Undercover In The Theater For Joker