Earlier today we were able to see some of what the Star Trek Panel at New York Comic Con had to offer.

During the panel for Discovery they talked about next season being set in the future and were open with the fans about what that could mean. Especially since we saw a federation ship in the last episode.

It’s confirmed they will try to make Captain Nog cannon in the series and they had seen the petition circulating after the late actor Aron Eisenberg passed away. Showrunners said they would love nothing more than to honor him and if they can find a way they will do it.

They also spoke about how the Red Angel would tie into the future but were very vague on the details.

Then they moved into Picard. Sir Patrick Stewart came out to a roaring crowd. Then they started getting into the nitty gritty of the upcoming show.

“I am being undermined at every turn”, Stewart joked. He told about how he was supposed to first come on stage last and then speak first, both of which didn’t happen. Then he segued into another trailer which showcased even more of what we could expect. But first here is the trailer from SDCC.

And Now the new trailer!

During the first meeting with Stewart they were sure that he would say no to the series. He was dead set on saying no but he did ask for a pitch on paper after a phone call the next Monday. What was supposed to be a four page document turned into 35 pages. He said yes.

Not wanting a Next Generation reunion series with PICARD, they’re only going to have people return that are vital to the story they are telling. It’s supposed to be a story that will stand alone and you will not have had to watch TNG to be able to get into the story.

The writers and directors on the show are all fans of TNG which makes us fans really excited that they will bring back some of that classic energy.

Isa Briones tells us that her character comes to Picard after a gut feeling about it. Something devastating has just happened to her and she seeks help by searching out Picard. Alison Pill told us that her character Dr. Agnes Jurati was gung ho on helping him because her motivation was that this kind of adventure was something she had always been yearning for. She is a doctor in robotics and all she could say when asked about how she will incorporate that was “You’ll see”. The relationship between Picard and Michelle Hurd’s character Raffi Musiker is a bit messy since they have a past together.

While they did reveal some plot aspects with the most notable written above, the series is still very much a mystery. We are all anticipating that the show will be a massive hit.

Cover image is a screenshot from SYFY Wire’s live stream 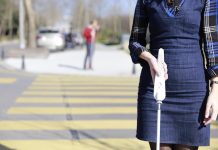 Star Wars Land is Getting it’s Own Comic Book