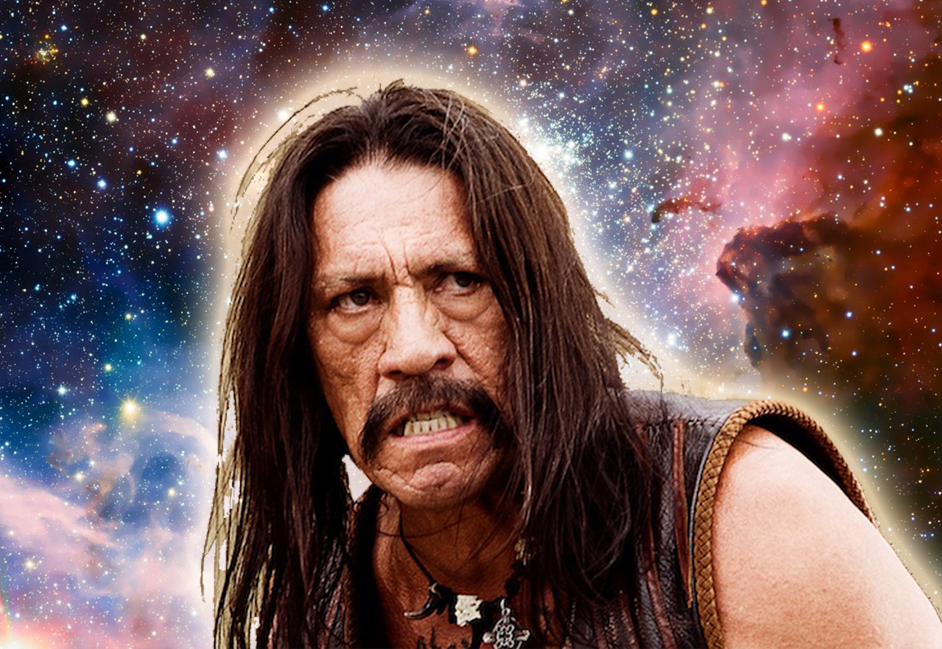 Danny Trejo says that he is not only writing the script he is also planning on directing if Robert Rodriguez is too busy. Machete got his first standalone film in 2010 and then a sequel in 2013 called Machete Kills. Now Trejo wants to do a third movie in the series called Machete Kills in Space, and we’re all totally for it.

Trejo said in an interview with SyFy Wire that he was eager to make this happen.

“Yeah, you know what, everybody in the world wants that. I keep telling Robert, and you know, it’s all bogged down in bulls**t, so I might do it.”

“I might just produce it and do it, if he don’t get off his buns! Everybody wants this, I mean, everybody in the world. I’ve been asked that all over the world. ‘Hey, are you going to do Machete in Space?’”

“I would direct that, Machete Kills in Space. If I could do a movie, I would direct Machete. I mean, it would just be so much fun I would add a director, but I’d be in it, you know what I mean? I’ve just got some great ideas for it. I’m putting it together. I’m writing the script.”

So hopefully this means in the next few years we finally might get to see Machete Kill in Space.

What do you think about this? Are you excited for the prospect of another Machete film? Tell us in the comments!