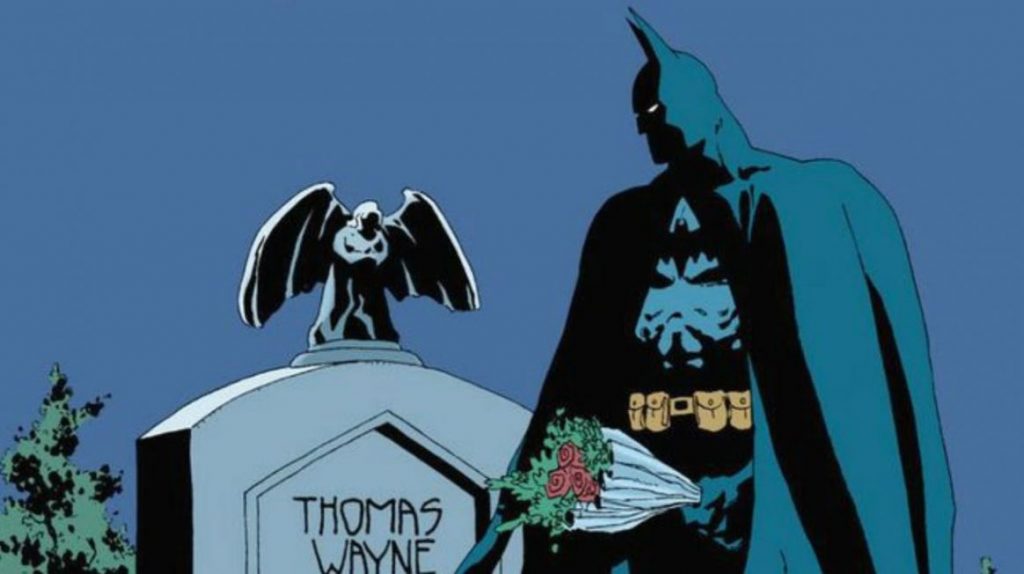 THE BATMAN Will Be Based on THE LONG HALLOWEEN Story Arc

Matt Reeves could be planning anything for his Batman movie. But what we do know from what he keeps saying, is that it is going to dark noir with heavy detective tones. We also know that it will be featuring multiple villains.

Well gossip is gossip is gossip. And according to Kevin Smith, the story for the film will be based on the classic comic book story arc The Long Halloween. During the latest episode of Fatman Beyond Podcast, Smith’s co-host Marc Bernardin addressed reports that the movie will adapt that story arc to which Smith responded:

Kevin Smith has heavy ties to the industry so his good source is guaranteed to be a fantastic one. Making it almost safe to say that this gossip is true.

The Long Halloween is a fan favorite comic, and so this news comes off as very exciting. Plus it gives us a ton more insight into what this new film will be about.

The Long Halloween was written by Jeph Loeb with artwork by Tim Sale, and the story is set during the early days of Batman’s crimefighting career. It takes place over the course of a year and includes several of Batman’s slew of villains. Here’s the synopsis:

Christmas. St. Patrick’s Day. Easter. As the calendar’s days stack up, so do the bodies littered in the streets of Gotham City. A murderer is loose, killing only on holidays. The only man that can stop this fiend? The Dark Knight. In a mystery taking place during Batman’s early days of crime fighting, Batman: The Long Halloween is one of the greatest Dark Knight stories ever told.

Working with District Attorney Harvey Dent and Lieutenant James Gordon, Batman races against the calendar as he tries to discover who Holiday is before he claims his next victim each month. A mystery that has the reader continually guessing the identity of the killer, this story also ties into the events that transform Harvey Dent into Batman’s deadly enemy, Two-Face.“

How do you feel about this news? Is it from a solid enough source to believe? Let us know in the comments below!