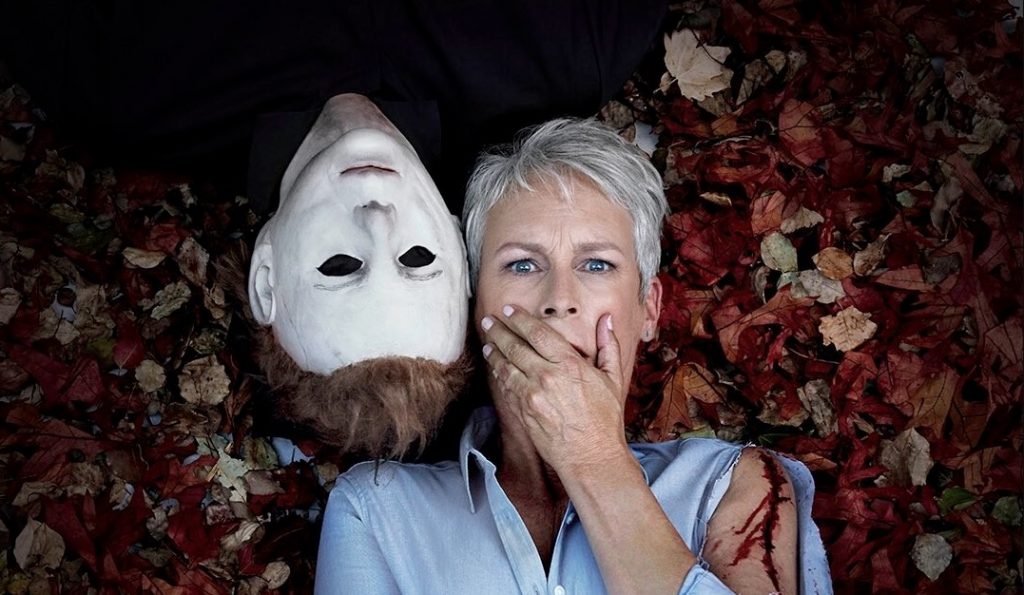 With the last Halloween doing so well last year it would only make sense that they would want to continue the new adaptations. David Gordon Green and Danny McBride both writing the scripts makes this information pertinent to what is going on. McBride is also directing the new films. McBride shared to Polygon that they will start filming Halloween 2 in the next three weeks.

“Halloween 2(Halloween Kills) starts filming in like three weeks. That’s already off to the races. The script is almost finished for the third one. Hopefully that will go sometime next year.”

Halloween Kills and Halloween Ends are to be the next movies in the series. Halloween Kills being the one that begins filming this September. Usually when rebooting a series they only have one film in mind and then they pitch the other ideas. But for Green and McBride they had the new Trilogy all mapped out.

“Relaunching it for just one, we wanted it to have a bigger story. We were originally going to even shoot them back to back, but as soon as we got it up and running, we took a look at ourselves and were like, ‘You know what? We should make sure we can do one of them good, before we bite off trying to do three of them.’ So, we just put all of our efforts into trying to make the first one land. There was talk, right away, of us doing more of these. We just needed to get everybody aligned and see if everybody was down with the vision. Luckily everyone is.”

Green added, “We’ve written them, and we’re ready to go.” So the next few Halloween movies will be dropping into theaters in the next few years.

Spoilers for those of you who haven’t seen the newest Halloween. Also why haven’t you? It’s amazing…

Halloween had Laurie Strode living prepared for a battle, 40 years after she was attacked by the vicious killer. Michael Myers manages to escape from the institution that he was put in during a bust transfer gone wrong. Laurie is then faced with the monster again and this time has to save her daughter and grandchild from him. The daughter and her have a strained relationship because of all the training she did with her growing up. Kind of like how Sarah Connor taught John Conner to survive, only with more resentment.

Anyway at the end it has him being burned up in the basement and getting locked down there. So to see how the sequel will address that will be interesting. It would be cool if they used a melted burned version of the mask, only now it’s been permanently fused to his face or something. But we shall see what Green and McBride have in store for us October Next year.