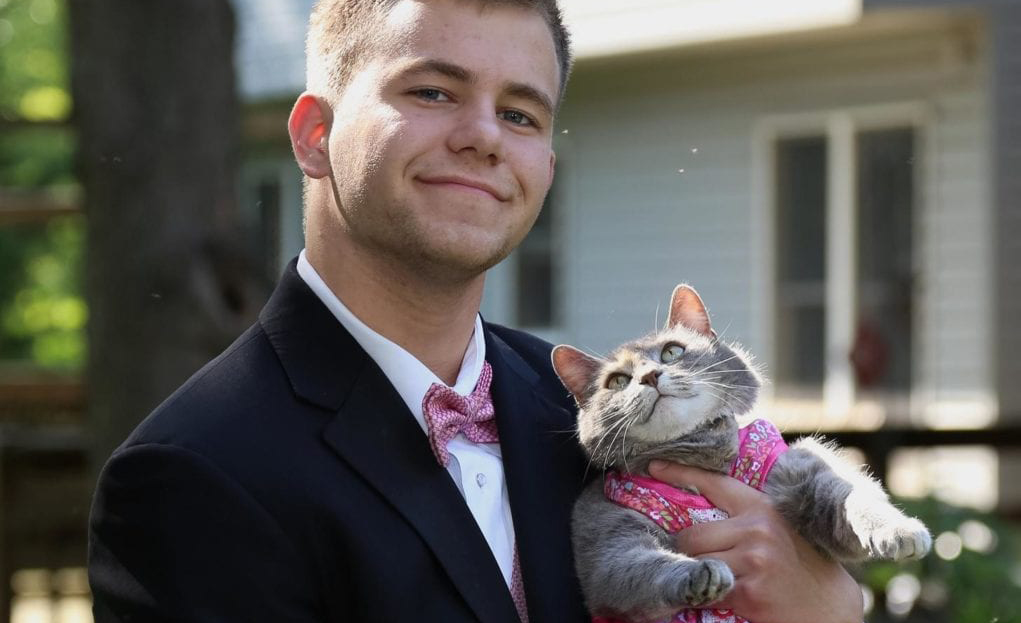 It’s not uncommon to go to prom with a group of friends or to go stag. But this student decided that he would forego all of that and instead dress up his cat Ruby. Sam Steingard became one of the most talked about people at that prom because he not only brought his cat, but he dressed her up for the occasion.

His mother wanted him to have someone to take pictures with, so she bought the dress and a sparkly collar. All this for Sam who chose to take the cat because “he wasn’t going to stay that long anyway.”

The story behind Ruby is that they found her behind a Ruby Tuesdays. They have had her for ten years at this point and her and Sam have a connection that is rivaled by no one.

Caroline his sister said that, “She loves Sam because he likes to talk to her in a baby voice and he will give her treats once in a while.” It sounds like the two were a match made in kitty heaven.

Find someone who looks at you the way Ruby looks at Sam.