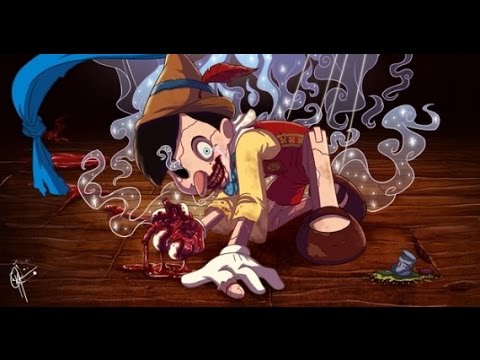 Guillermo del Toro is in the midst of developing his film adaptation of Pinocchio. Which will be a stop-motion animated film that The Jim Henson Company is helping develop.

He previously let us know that the film is not going to be a family friendly adaptation, although the story in general is kind of a dark one, truth be told. The filmmaker recently discussed his Pinocchio film with Variety and compared it to Frankenstein, describing it as a “brutalist fable.”

To me, Pinocchio, very much like Frankenstein, is a blank canvas in which learning the curve of what the world is and what being human is are very attractive to do as a story. I’m very attracted to it because, thematically — and I don’t want to spoil what the movie’s about — it’s about something that is in all of my movies, which is choice. That’s a theme that is very dear to my heart. I think [earlier versions of] the story, and Collodi’s in particular, are very repressive. It’s essentially a very brutalist fable about what a sin disobedience is. And I think disobedience is the beginning of the will, and the beginning of choice. … I think there’s something that’s very attractive about seeing disobedience as a virtue, or as the beginning of a virtue.

Seems as though Guillermo is exploring themes that may deviate from condemnation of disobedience while still staying true to darker themes that surround choices. It makes sense to compare this to Frankenstein as the Shelley tale is full of choices that have repercussions and yet allow room for us to feel sympathy with even an unnatural creature such as Frankenstein’s monster. Only this time, the unnatural creature will be a puppet brought to life instead of undead flesh.

He’s a creature that is created through unnatural means from a father that he then distances [himself] from, and has to learn about failure and pain and loneliness.

Pinocchio will be released on Netflix at some point in 2021