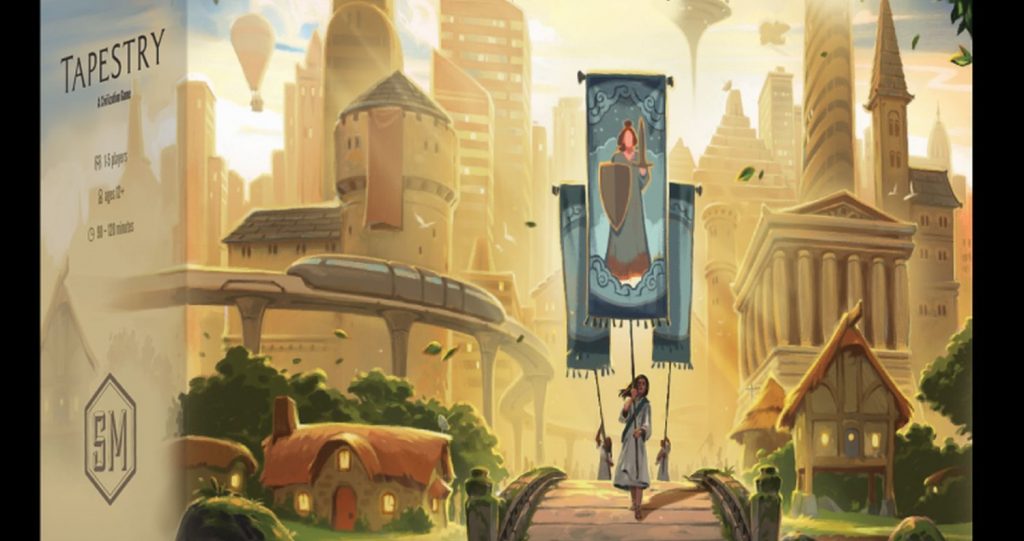 Are you ready to look into a new tabletop game? Well here’s one that may be for you. If you like civilization builders that is. Pre-orders for this game are expected to go live some time in September, although the actual release date is unknown as of right now.

Stonemaier Games is noted for their game called Scythe from designer Jamey Stegmaier. (A popular game and is available in physical and digital versions). Another game of theirs that people are looking forward to is called Wingspan.

Earlier this month, Stonemaier Games announced a new game in development called Tapestry. Which will be a civilization game from Stegmaier. While we still await details, some were released.
Here is what we do know so far:

Tapestry is a game that will last for roughly two hours and cansupport up to five players. Players will create their own civilization instead of using a real-life one as they start at the birth of the human race and grow their civilization from then onwards.

Create the civilization with the most storied history, starting at the beginning of humankind and reaching into the future. The paths you choose will vary greatly from real-world events or people—your civilization is unique!

In Tapestry, you start from nothing and advance on any of the 4 advancement tracks (science, technology, exploration, and military) to earn progressively better benefits. You can focus on a specific track or take a more balanced approach. You will also improve your income, build your capital city, leverage your asymmetric abilities, earn victory points, and gain tapestry cards that will tell the story of your civilization.