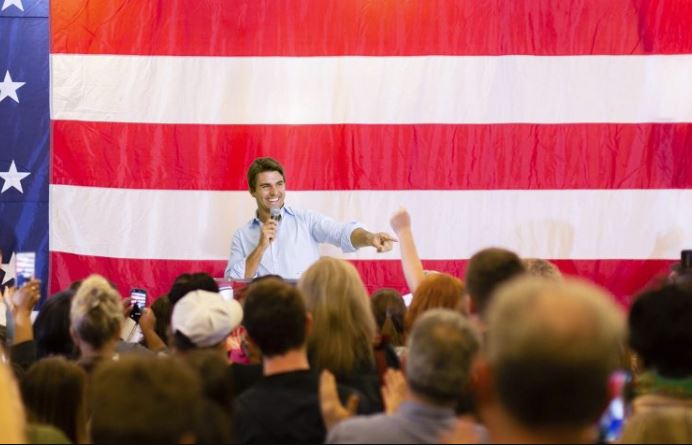 If you were worried that there wouldn’t be enough candidates this year to choose from… well this won’t help any. Tom Cruise announced in a parody video that he would be “running” for president in the 2020 election.

It should be noted also that when I say Tom Cruise, I mean Tom Cruise impersonator Miles Fisher. Miles Fisher looks and sounds exactly like a younger version of the star.

“I’m not just your every-man, I’ve literally been every man.”

In this parody video you see Fisher running and giving you an amazing speech. Telling you all of his great traits while passing by good examples of when he played them. “He lived history, Vampire,” as he runs by the logo for Interview with a Vampire. He also brags about fighting and saving the world against aliens, three times.

There is also an announcement to be made for his running mate which should be revealed soon. If you want to be notified when that happens you can go to the campaign page tomcruise2020.com. Our best guess for the next announcement, Nicholas Cage or Dustin Hoffman. Also John Travolta because Hey, why not.