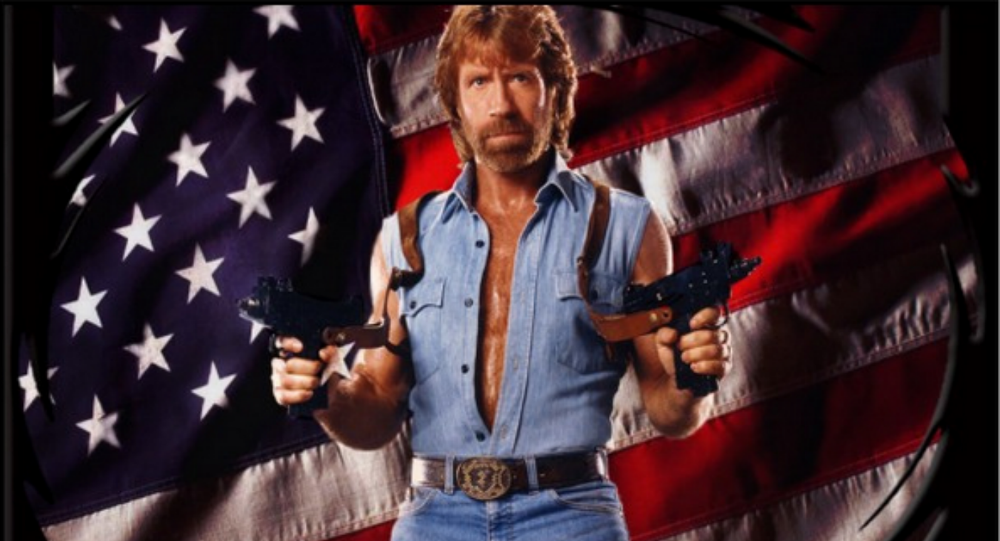 Only this time, the government should be worried as Hollywood’s own one man arsenal of pain Chuck Norris expressed an interest in joining what is now a million people for the Area 51 Raid. The Mercury News, along with other news outlets, reported that Walker Texas Ranger sent out a post on social media with the simple quote “Area 51 count me in”.

Now normally another famous face joining some stupid cause isn’t what I call news but with Chuck Norris, now we’re talking tactical advantages, strategy, a redheaded Achilles capable of preventing the largest slaughter of innocent UFO enthusiasts in history.

I mean think about it, Norris doesn’t do pushups, he pushes the ground down, and I’ll bet that if things got heated, he’d be worth his weight in punches. Let’s be realistic here… there’s a solid chance this whole thing reaches a violent conclusion before anyone sees any aliens and being how the average American isn’t known for their achievements in battle, the Area 51 Raiders will need all the help they can get. Remember, the Ginga Ninja is actually trained in multiple martial arts disciplines. He’s not just some dude throwing bows for the camera.

If Chuck Norris went all Chuck Norris at Area 51, I pity whoever stands in his way. Unless they had tanks. But even then, I’d give Chuck 50/50.

Keep checking back with Nerdbot we cover developments in this developing Area 51 Raid.

Will Chuck Norris storm the gates of Area 51? Let Nerdbot know in the comments!!