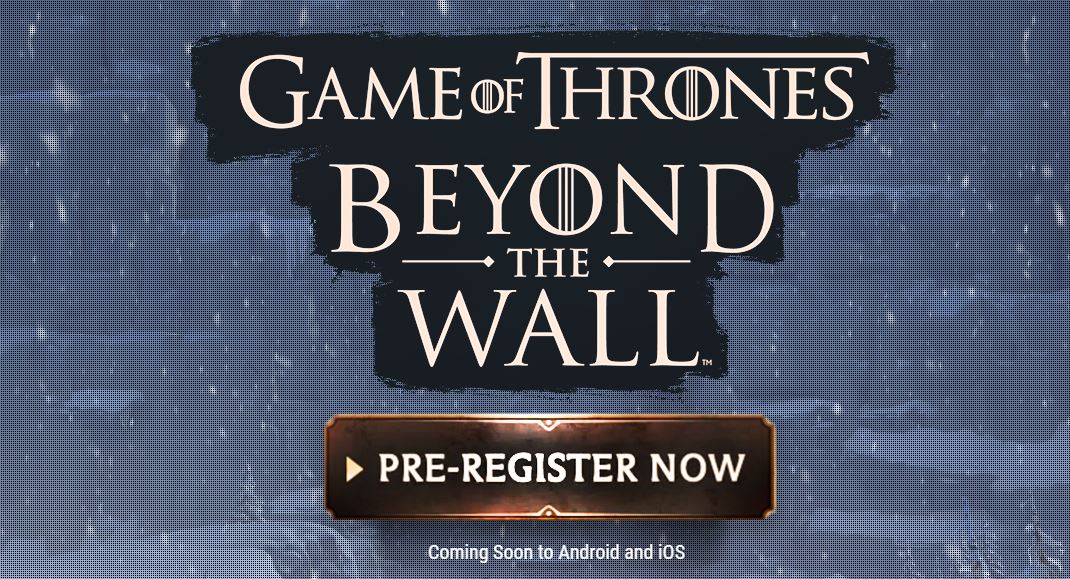 If you weren’t quite ready to let go of Game of Thrones, or you were upset with how the series ended then there is a glimmer of hope sparkling in the distance. Developed by Behavior Interactive with partnership with GAEA and based on the HBO hit, Game of Thrones Beyond the Wall will be released sometime later this year. The game is a story driven RPG where you can collect and play as your favorite characters.

From the site itself it only has introductory information. They have just released a trailer for the upcoming game so not many details about game play have been released.

“Take command of the Night’s Watch to defend Westeros in an original story about the mysteries Beyond the Wall and the Three-Eyed Raven.”

“Range beyond the wall and venture into the immersive world of Westeros anywhere and anytime. Play as your favorite characters in a variety of game modes.”

At this time pre-registration is open where you provide your name, email and birthday and depending on the amount of people who register you are applicable for rewards.

Whether or not this game will follow the script of Benioff and Weiss is remain to be seen. This could develop slowly over time like we hoped that the show would. Maybe by the time the story line is finished George RR Martin will have finished his next book. But that is very hopeful thinking.

Is this a game that you would play? What kinds of mobile games are you into? Tell us in the comments!

Sour Patch Kids Blue/Red Bags and Their Other Summer Treats!