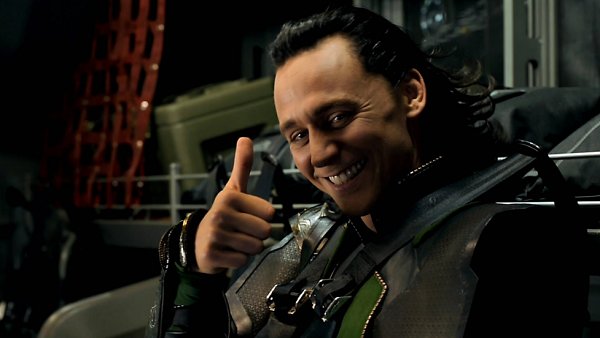 First Glimpse of Upcoming “Loki” Series on Disney Plus

We have gotten our first tiny glimpse of the Loki TV series for Disney+ with the release of the official logo and a piece of concept art for the series.

Fans of the character were disappointed when Loki was killed by Thanos at the beginning of Infinity War and with the Titan’s cryptic comment that there would be no more resurrections.

However, the writers managed to work around that in Endgame when during the time-travel shenanigans of the Time Heist a Loki from the time of the Battle of New York in the original Avengers movie was able to escape with the tesseract.

Time travel may also play a part in the new Loki series, as concept art presented by Marvel president Kevin Feige at the Investor Day meeting in April and just released seems to show Loki in the 1970s. Loki is standing on the street in front of a theater showing Jaws. This would seem to support rumors that the series would have Loki popping up in different places throughout human history and acting “as an unlikely influencer on historical events.” How does he do that? Not sure since he has the space stone not the time stone (unless he pays Dr. Strange a visit).

Some rumors speculated that the series would be a prequel to the Thor movies since Loki has been shown to be able to travel the realms without the use of the Bifrost. Now, most believe that the series will be set in an alternate timeline created by the escape of Loki in New York.

There have also been rumors that Kid Loki might appear in the series, and the logo is somewhat similar to the one used on Kieron Gillen’s Journey into Mystery with Kid Loki as the protagonist. But the concept art seems to show an adult Loki.

Tom Hiddleston will be reprising his role as Loki in the Disney+ series. Michael Waldron (Rick&Morty) will be the showrunner and the executive producer and also wrote the pilot. And according to some sources, Loki may reappear in the MCU after the Disney+ series wraps.

Disney+ is set to launch in November but when the Loki series will appear is not yet known.