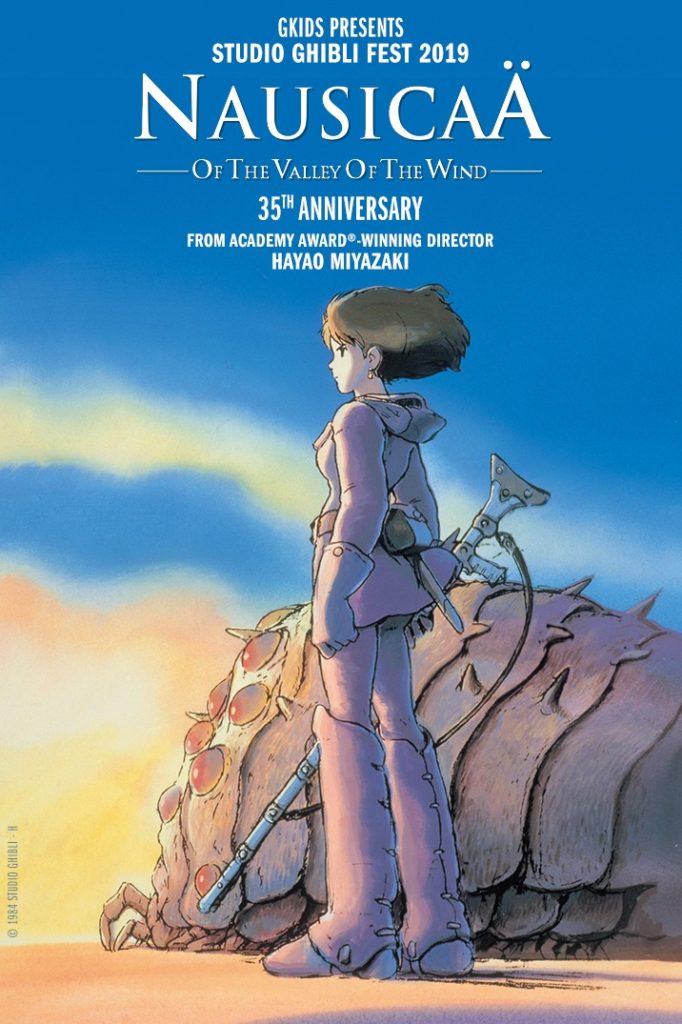 The film takes place 1000 years after an apocalyptic conflict, the Seven Days of Fire, destroyed civilization. The warring factions of the few surviving humans live in the few hospitable areas in a world that has been poisoned by the conflict.

Princess Nausicaä lives in the peaceful Valley of the Wind, which lies on the edge of the Toxic Forest – a poisonous forest swarming with giant mutant insects. Princess Nausicaä is able to communicate with the inhabitants of the jungle, including the giant insects. Two kingdoms near the Valley of the Wind are engaged in a war with each other. Nausicaä becomes embroiled in the conflict when one kingdom wants to use an ancient weapon to eradicate the jungle and its insects. Nausicaä fights to restore the balance between humans and nature as she tries to stop the two warring kingdoms from destroying themselves and the planet.

If you enjoy the film you can check out the artwork in two recently released hardback books.

Showtimes and tickets for Nausicaä of the Valley of the Wind are available at Fathom Events.