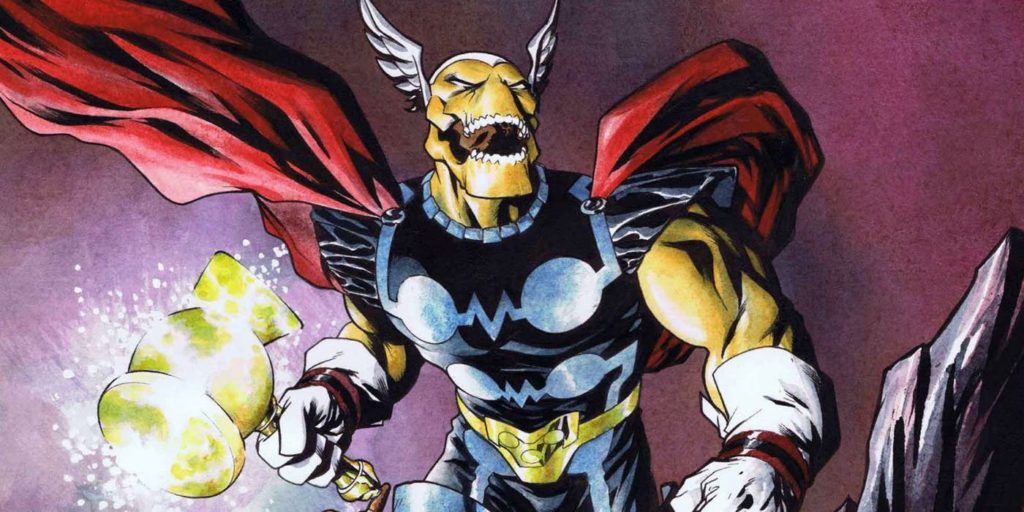 Since Endgame has finished it leaves us to think of the future of MCU. Who we will meet? And what will become of our favorite hero’s now that Iron Man is gone (if that was a spoiler, you should have seen the movie by now, for shame). Already the internet is a buzz with many rumors, such as Drax’s daughter is still alive down to Beta-Ray Bill and Zac Efron to be Adam Warlock to be in the next Guardian’s movie! Now that James Gunn is back, so is our beloved crew as well.

We already got a small taste of Beta back in Thor: Ragnarok

See? Right there at the Grandmaster Tower, along with Man-Thing, Ares, Bi-Beast and Night-Crawler (Hulk #126). I first noticed my favorite character the first time around when I saw this movie, I was in pure bliss for about 10 seconds. But was this more than just a small taste of our Demigod? As each of the faces on the tower do represent the Grandmaster’s Champion, letting us to believe that each of these Champions might just show up in future movies. Or is that too much of a stretch? At the end of Endgame Thor does keep the stormbreaker, but in the comics that is Beta’s. Already we know that the movies are going in a different direction than the comics. But even if for a moment I get my Beta-Ray I will be even more stoked.

More rumors are flying that Zac Efron is wanted to play Adam Warlock. As you know his character was the hidden gem in Guardians second movie. Albeit we only see him in the cocoon, but for those comic readers they knew what was up. Sadly no further details have been released, all we know now, are rumors. But hey! If either show up in the future I will be excited regardless.