Marvel’s Endgame has done it again. Earning $60 million dollars in its Thursday night previews, Endgame has taken the top spot for Thursday previews away from Star Wars: The Force Awakens record of $57 million in 2015.

Since the Thursday preview could count toward its opening day figures, it is highly likely that come Saturday morning Endgame will have also unseated The Force Awakens ($119.1 million) for highest opening day total. That would put it well on its way to take the top spot for opening weekend (current record holder Infinity War at $257.7 million). Worldwide predictions for Endgame go as high as $800-$900 million for opening weekend, with a distant chance to make $1 billion. If it doesn’t reach that lofty figure opening weekend, it still seems that the movie has a good chance to beat the fastest time to $1 billion and $1.5 billion as it no doubt heads on to join the over $2 billion club. The question is, can it defeat current champion Avatar ($2.7 billion) for the highest grossing movie of all time?

Records set by Endgame so far include:

And all of this with the longest MCU runtime. 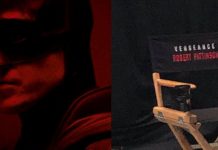 Opinion: Why ‘Star Wars’ is STILL Better Than ‘Star Trek’