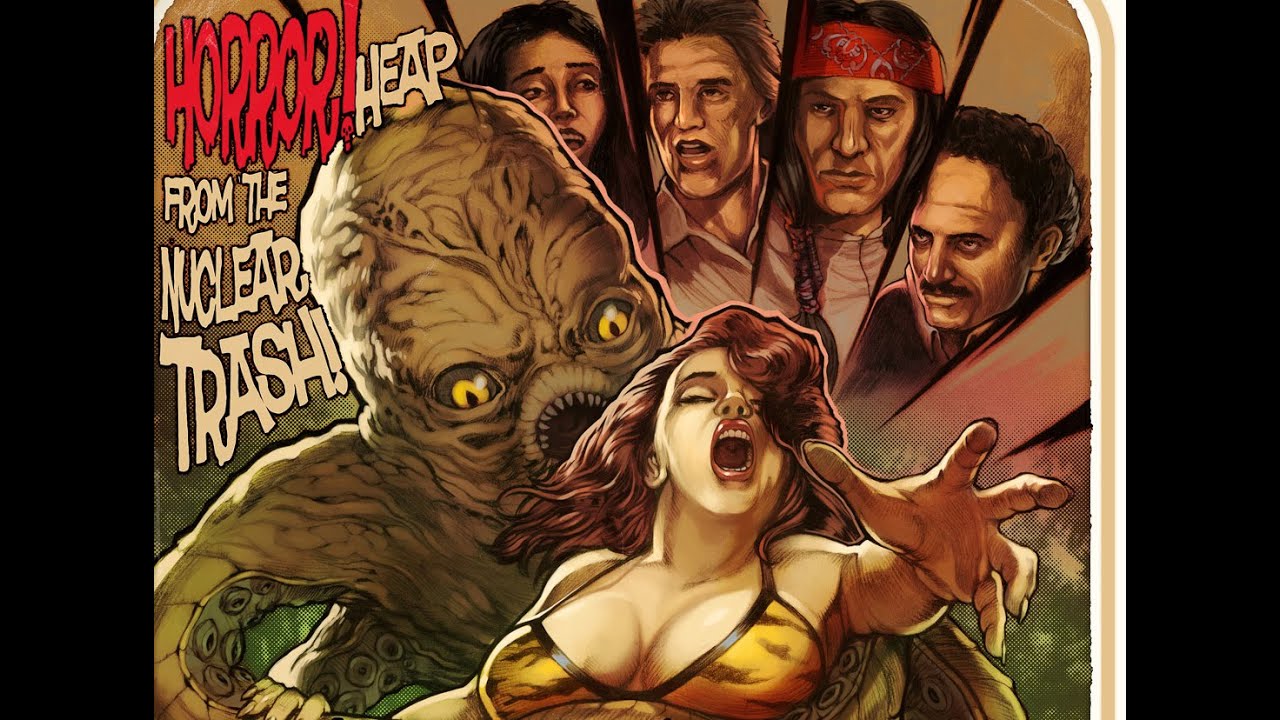 They’re baaack! Who you ask? The folks from Rifftrax Live. Who you ask again? The stars of the original Mystery Science Theater 3000 (MST3K)! Older but not necessarily any wiser, Michael J. Nelson, Kevin Murphy (Tom Servo) and Bill Corbett (Crow T. Robot) will be making fun of a movie live before a live audience with the fun broadcast via satellite to a theater near you. (Encore show will be taped)

And what movie will they be riffing? None other than the 1971 Mexican-American horror movie Octaman. (Is he a man or is he an octopus – he’s both! He’s an Octaman!) The film was written and directed by Harry Essex, who also wrote another aquatic-themed horror movie, Creature from the Black Lagoon (1954) as well as It Came from Outerspace (1953) and It Came from Outerspace II (1996). The rubber monster suit used for Octaman was created by Rick Baker. Rick Baker went on to be nominated for 11 and win 7 Academy Awards for Best Makeup. His first win was for American Werewolf in London (1981) and his most recent for The Wolfman (2010). He also did the werewolf effect in Michael Jackson’s Thriller. Needless to say, Octaman is not quite up to those levels.

The plot of Octaman is pretty standard for this kind of B movie. Mutant monster from radioactive lake goes on a killing spree. Sees a pretty girl amongst the scientists investigating the radioactive lake and carries her off to its lair. Fights with the expedition when they try to get her back. I’m sure there will be plenty of material for the guys to joke about.

Before the main event, there is usually a short movie for the guys to warm up with by mocking. Often it is some sort of training or educational film from way back when in the black and white film era. And the most bizarre thing from these little gems they find is that people were actually supposed to learn from them!

Octaman will be riffed live on April 18 with an encore showing April 24. More information here: https://www.fathomevents.com/events/rifftrax-live-octaman?fbclid=IwAR1DAviQEutXmkHTvCLogCAeAUcvjSphlTPjFhK30kl87gbsv–G3Rp041s