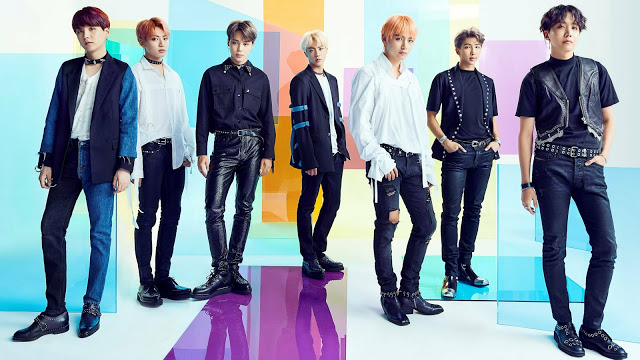 From 2013 a new group has gained a lot of popularity. Bangtan Boys, or rather BTS. Some would even say that their choreography is unmatched (I myself think otherwise but I am not here to start a fan war). With Big Hit Entertainment as their record label these boys have taken the world by storm. At the 2016 Melon Awards they had won Album of the year. These boys have even snagged a spot on the top 100 U.S Billboard with Love herself: Her and Mic Drop. Their fan group (known as Armies) have sold out each of their tours. And it’s clear these guys are here to stay. Now in a new announcement from SNL they will be performing April 13th alongside Emma Stone.

Emma has revealed that she too is a Kpop fan. And if that doesn’t tickle your fancy, BTS’s new album drops a day before. So here comes a bunch of new promotions for them.

In the recent decade the Hallyu Wave has been coming into America stronger each year. Kpop is becoming a bigger and bigger sensation. The past ten years has introduced me to some great artists and groups. I proudly belong to fan groups for Cassiopeia, Blackjack, and KISSME, referring to DBSK (OT5 forver!), 2NE1, and UKISS. I even have seen my fair share of concerts, I hold onto my cds with pride, and will talk your ear off about any of my favorite groups.

That is how I know that BTS being on SNL is such a big deal. This is a step in the right direction and I hope we see more international groups perform on variety shows here in the US.