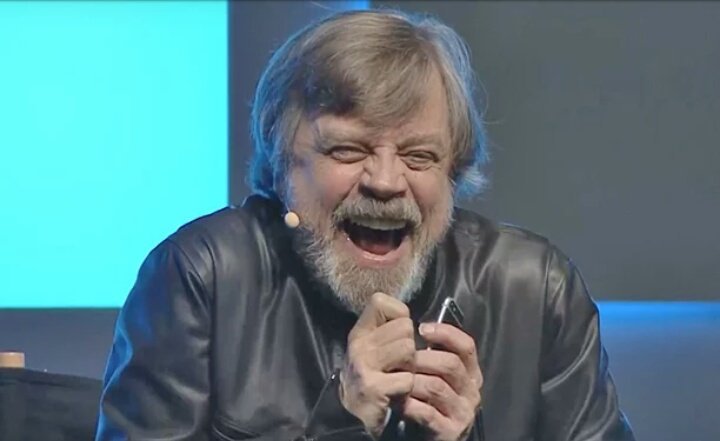 Mark Hamill has lately been the most active on twitter trolling Star Wars fans and commenting about other Stars in the Hollywood universe. It has been the internet’s favorite thing to watch his twitter feed. Yesterday Mark Hamill took to twitter to give fans a look at nine new Star Wars trailers. I don’t know what fans were expecting but here is what they got.

And when a fan asked if he knew anything about the new Star Wars movie he responded with this.

Mark Hamill has always been good at keeping secrets. When they told him that Darth Vader was his father he had to sit on it for a year and a half and not tell anyone. That even meant Harrison Ford and Carrie Fisher and those three were simpatico during the entire filming and after. It wasn’t until the screening of the film when those two found out and were shocked he never said anything. So when fans go looking to him they are really barking up the wrong tree. Hamill knows trolling fans is much more fun than handing out legitimate info. And I don’t blame him, trolling is an art form at which he is most adept. You could say he’s a master of it.

What do you think of these new trailers? Not what you expected? Tell us in the comments!