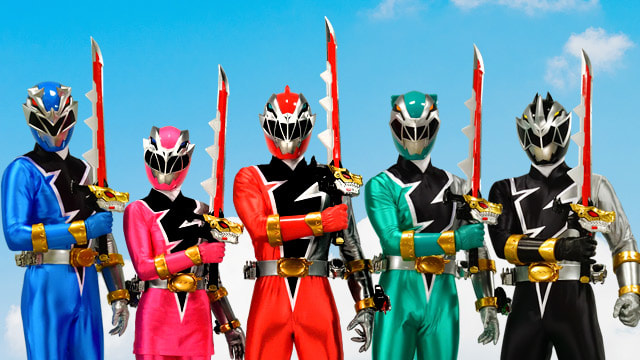 New Sentai Could Mean Trouble For The Franchise

The next season of Super Sentai is just over the horizon, and features an all-too familiar theme for fans: Dinosaurs! With Ryusoulger, dinosaurs are officially the most often used concept in the series. They also throw dinosaurs into shows with drastically different concepts (like cars, samurai, and pirates) to help bolster toy sales.

The presence of dinosaurs in the 16th series was the deciding factor in creating Sentai’s US adaptation Power Rangers, as well. American investors wouldn’t even touch the franchise until they saw that big red T-Rex. For a kid show, dinosaurs might as well be walking dollar signs. But as a longtime fan, I can’t help but read between the lines when the studio decides to play it safe. Ryusoulger isn’t just the show returning to a popular concept. It’s a knee-jerk reaction to several years of diminishing returns.

The last few seasons have taken some risks to say the least.

For example, 2017’s Uchuu Sentai Kyuranger featured about a dozen team members, many of whom were non-human. The current season, Lupinranger VS Patoranger, features two opposing Sentai teams with a cops-and-robbers motif. Going back to the dinosaur well could mean that these risks have not paid off, and now the studio is desperate for a pay day.

If that’s the case, Sentai history is repeating itself. Back in 2012, hot on the heels of a massive anniversary season, they came out Tokumei Sentai Go-Busters. That series tried several unique concepts, but ultimately fell flat, leading to franchise lows in both ratings and toy sales. The season immediately after? Dinosaurs. Samba music and dinosaurs.

How does this bode for Ryusoulger as a show? It’s too early to say. Right now, with so many other dinosaur Sentai, the concept feels derivative and it’s hard not to see it as an uninspired cash grab. But on the other hand, Sentai is always a lot of fun regardless of the concept. And besides, dinosaurs are rad.