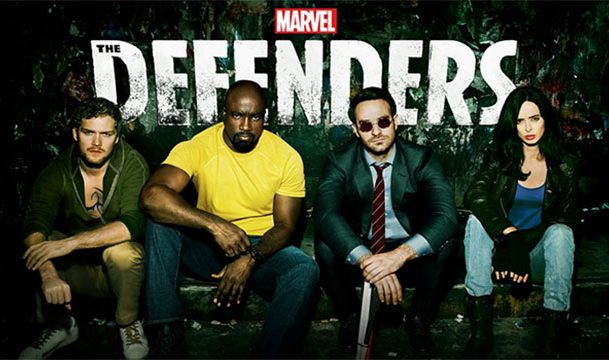 When Kevin Mayer, the chairman of Disney Direct to Consumer and International Services was asked whether or not we would see the return of the Marvel Netflix shows on the Disney+ service recently he said: ” We haven’t yet discussed that, but I would say that’s a possibility.” This keeps the hope alive for a new series utilizing these characters

When I first heard about the cancellation of the Marvel shows on Netflix, I assumed it was Disney’s decision. To cancel them as a way to prepare for their own streaming service. Once I discovered that it was Netflix’s decision I believe this actually increases the likelihood that Disney+ will bring some of the Marvel shows back.  However, there are some contractual issues that Disney and Netflix will need to work out before it happens.

While we wait for the possibility of those shows we have Runaways on Hulu and Punisher season 2 coming out next month. As well as the shows that still run on Disney XD.

When the streaming service releases viewers will have a Scarlet Witch and Vision show to watch as well as the Loki series. I am excited and intrigued to see what the Loki series brings to the backstory and character that he is.

I dream that we one day get an origin story movie for Hawkeye. I hope that we get a Heroes for Hire series.   I am hoping that the Disney streaming service brings us many more series that are unique and different to what we see in theaters. I will likely be purchasing this Disney streaming service since I enjoy the things have put out and continue to put out even if they are changing from what they use to be. As a long time fan of Marvel comics, I hope that the new streaming service will allow for the introduction of the more obscure and unknown marvel characters to be introduced into the MCU. I also hope that we will be getting a new animated series.

I was slightly disappointed in the way the Netflix company handled the cancellation of these shows. I believe it was rude and unprofessional to cancel something shortly after its third and best season had just been released. With the future removal of all Marvel shows from their service and the existence of the Dc streaming service already Netflix will need to up their game in order to compete with these massive companies with a loyal fan base.

What are some adaptations you would like to see on the Disney+ platform? Tell us in the comments!