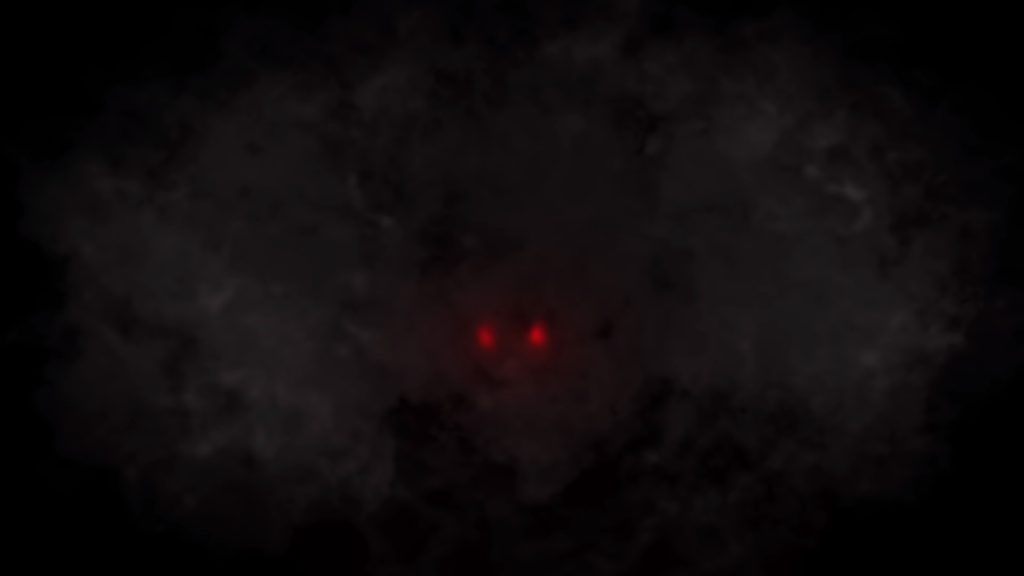 Slightly over a month until its one year anniversary, Capcom is pulling out all of the stops with its latest Monster Hunter: World announcement. During a fifteen minute pre-recorded presentation earlier this week, producer Ryozo Tsujimoto revealed the game’s first full expansion and its next collaboration.

The trailer begins with a group of hunters taking on a Rathalos in the Ancient Forest. This is no easy challenge though, as a meddlesome Anjanath seems to be interrupting the party. Rathalos makes his escape, flying out over the water until we see a shadowy, snow-covered land in the distance. The words Monster Hunter: World Iceborne slowly fade in over the land. Blackness envelopes the screen as the words Autumn 2019 appear and a mysterious red-eyed creature moves in the background. The video closes on the image of four hunters in all new hunting gear.

Iceborne promises a plethora of new experiences for hunters to enjoy. It will serve as World’s first full expansion with an all new icy territory to explore. It promises new missions and a full new story set after the events of Monster Hunter: World. Hunters will face new and returning monsters, with the mysterious creature in the background seeming like a reference to the fearsome Nargacuga. Additionally, it promises a new hunting rank to the game. Many players believe this will be the much anticipated G-rank, an extra difficult game mode in which the creatures obtain new move sets and hit harder. All of these new creatures mean new armor and weapon sets for hunters to grind and craft.

Capcom didn’t stop there though. On the heels of their expansion announcement, they also revealed their next collaboration event with the Witcher 3: Wild Hunt. Geralt of Rivia will be making his way to Astera via a strange portal system. According to Capcom, players will “utilize his signature fighting style” to take on Witcher-inspired quests. These quests will offer “a unique gameplay experience blending RPG mechanics of the Witcher 3: Wild Hunt with Monster Hunter: World’s game systems.” The crossover event is slated to arrive as a free update to players in early 2019.

Capcom promises more information as release dates get closer, but for now we can all sit back and re-watch the trailers in awe. There was never a better time to be a Monster Hunter fan than now.