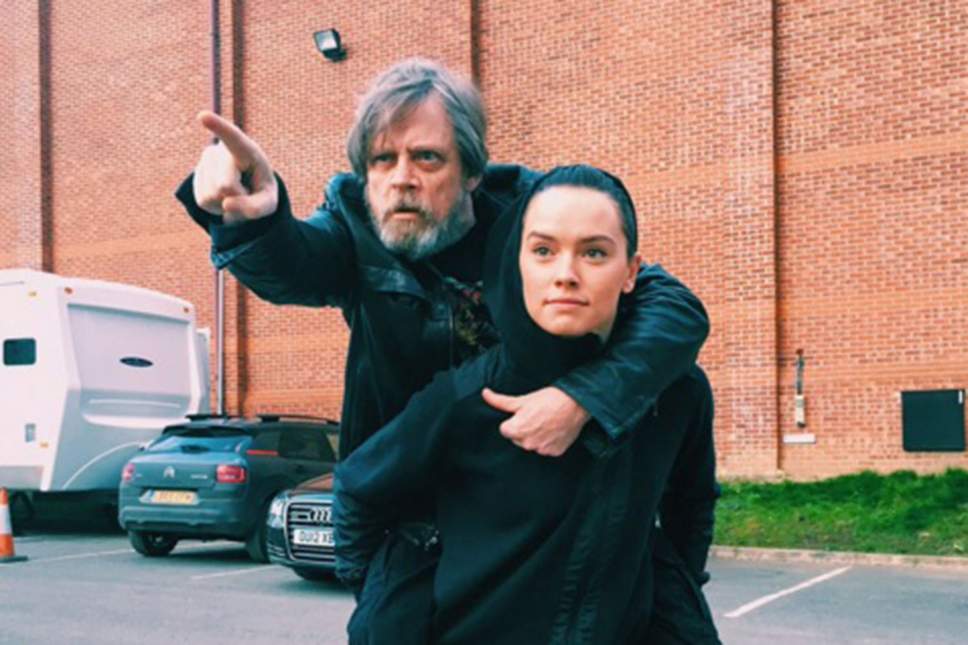 Nowadays it’s like working for some secret deep state government organization, like being in the CIA – Mark Hamill, Episode XI

In the internet age of movie spoilers, fan theories and celebrity slip ups, it’s tough for a studio team to keep everything under it’s huge umbrella.

With sometimes thousands of people, third party vendors and contractors involved in a large production like Star Wars, keeping a secret can be as hard as believing  Princess Leia can fly like Superman through space (wait…that actually happened).

Mark Hamill spoke to EW about the process of keeping secrets on Star Wars Episode IX.

“I still have to go over and do [Episode IX],” Hamill said. “Most of the parts I have coming up beside Star Wars are voiceover — there’s one big one, very high profile, I can’t announce now, that I’m really excited about. You know how it is these days, every time you sign NDAs. I remember back when I read the first Star Wars[script], I was like, ‘Wow, that’s the goofiest thing I’ve ever read.’ I gave it to my best friend to read, and I said, ‘What do you think of it?’ He said, ‘It’s really wild, it’s crazy, can I give it to Meredith?’ ‘Sure, go ahead.’ It went around to all my friends. Of course back then nobody cared. Nowadays it’s like working for some secret deep state government organization, like being in the CIA. They’re going to send rewrites over to Prague on this dark red paper that gives you a headache to read.”

The dark red paper Mark is referring to is a security precaution taken by the studio and a common industry tactic used for years. The red color on the paper makes it very hard to photo-copy. It basically becomes black when you try.

But in this digital age, no one is running to Staples for a quick copy.

Hamill continues, “They’re going to fly [the rewrites] over with somebody from the company,” Hamill said. “They’re going to come and give it to me and wait for me to read it before I give it back. So no pressure! You can’t even keep it overnight. But that’s the way it is now.”

“I like to make notes, little cartoon drawings in the margins to help me visualize it … whatever you have to do to help remember it,” Hamill said. “You can’t do that in electronic form, it’s so impersonal. I’m old school and long for the days of paper scripts. They wound up letting me keep a script when we were doing [The Last Jedi], but I had to lock it up in a safe every night and then carry it with me and never let it out of my sight. And I can understand why — if [a script] gets out it ruins it for everyone.”

I’d prefer they do the Mission Impossible “this message will self destruct in 10 seconds”.

Let’s wish the studio luck in keeping everything secret. Because we all know…SPOILERS SUCK!